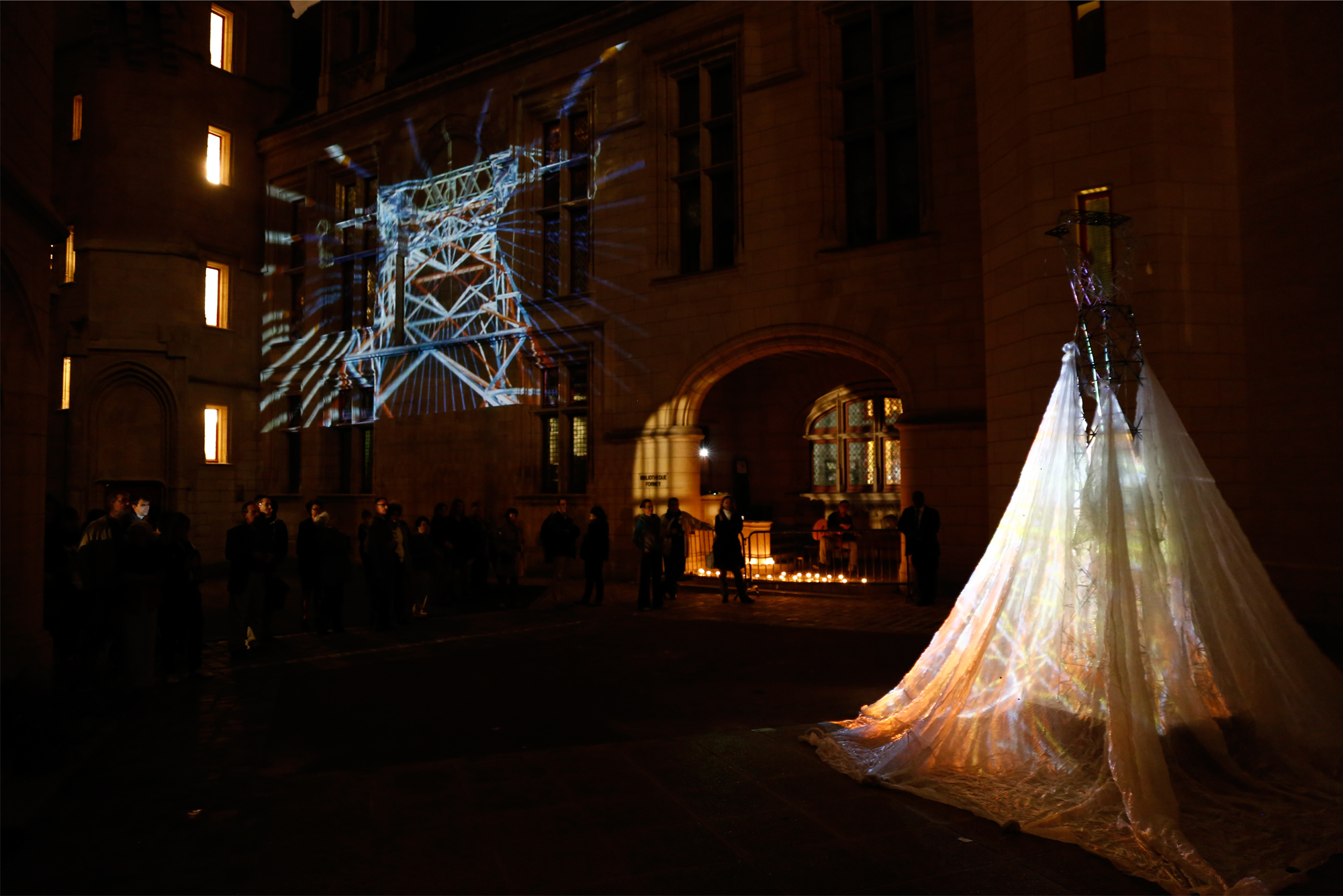 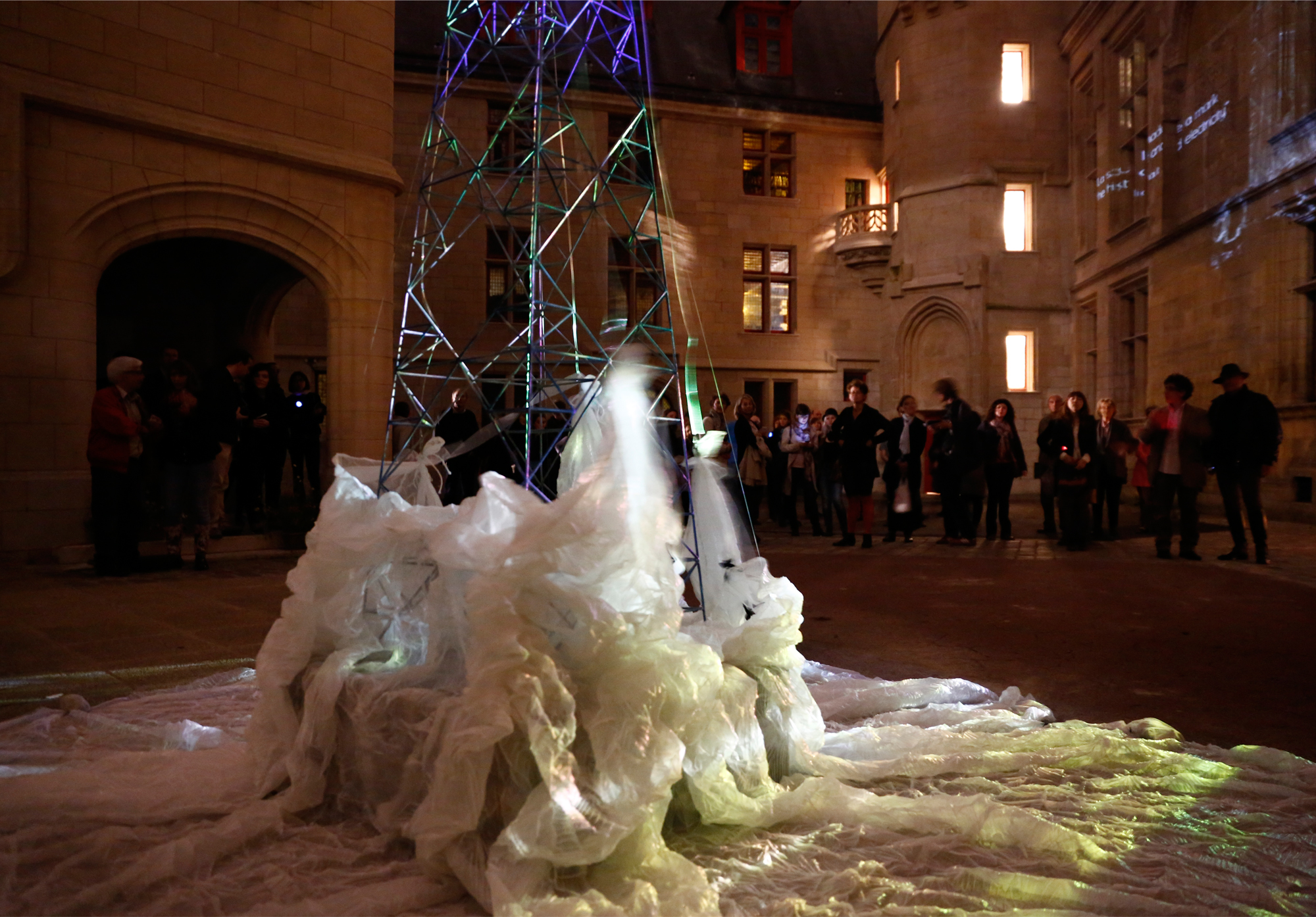 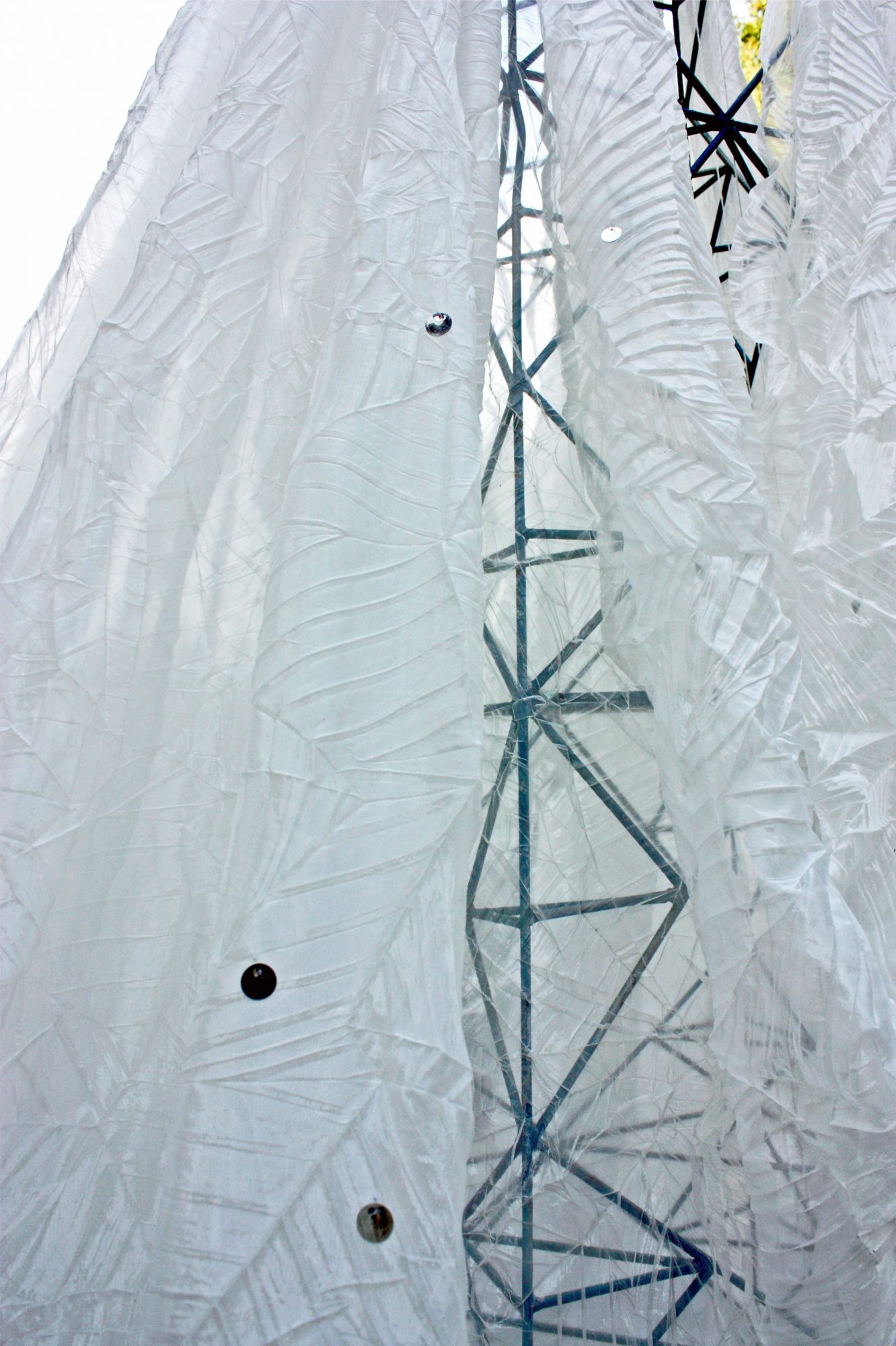 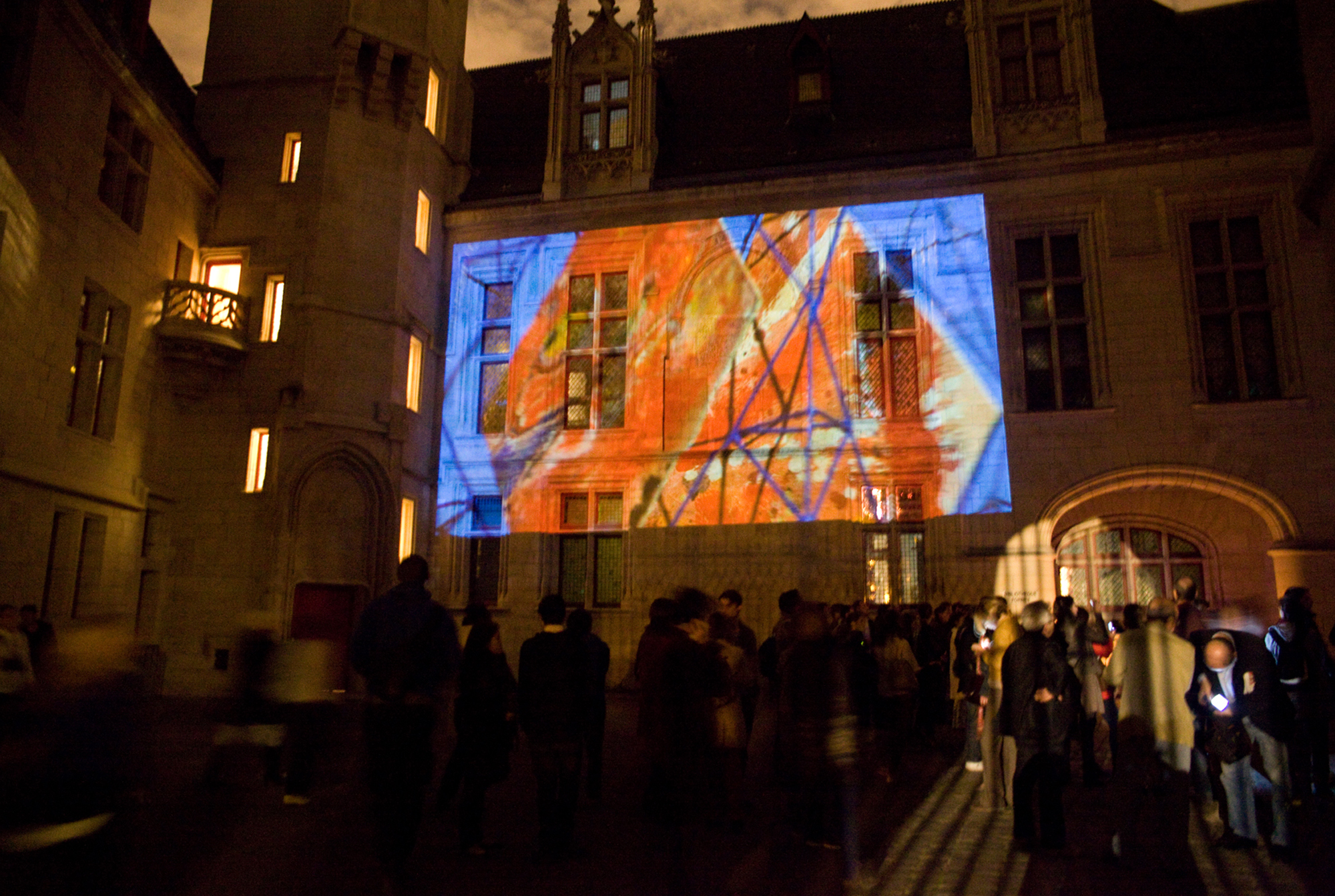 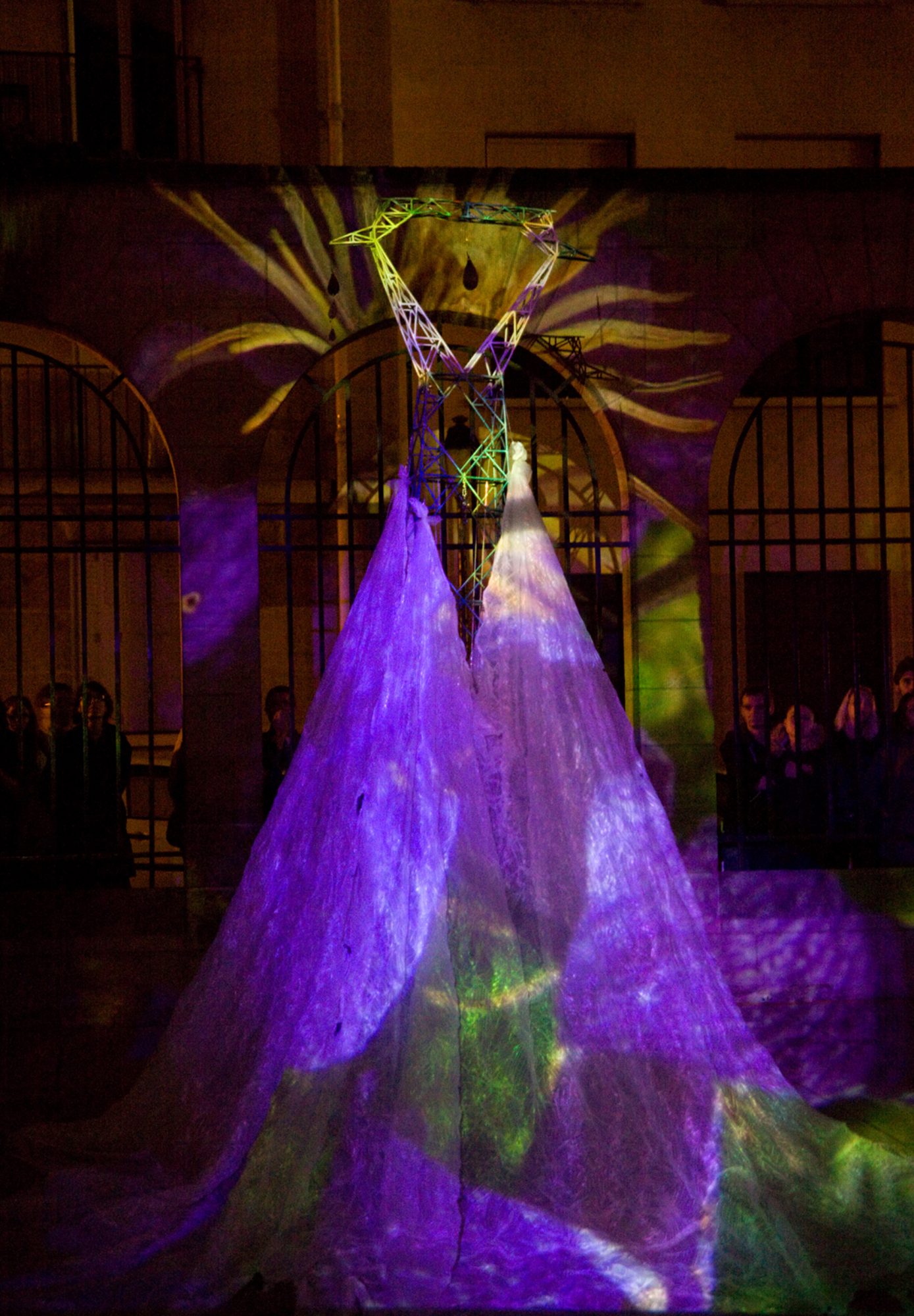 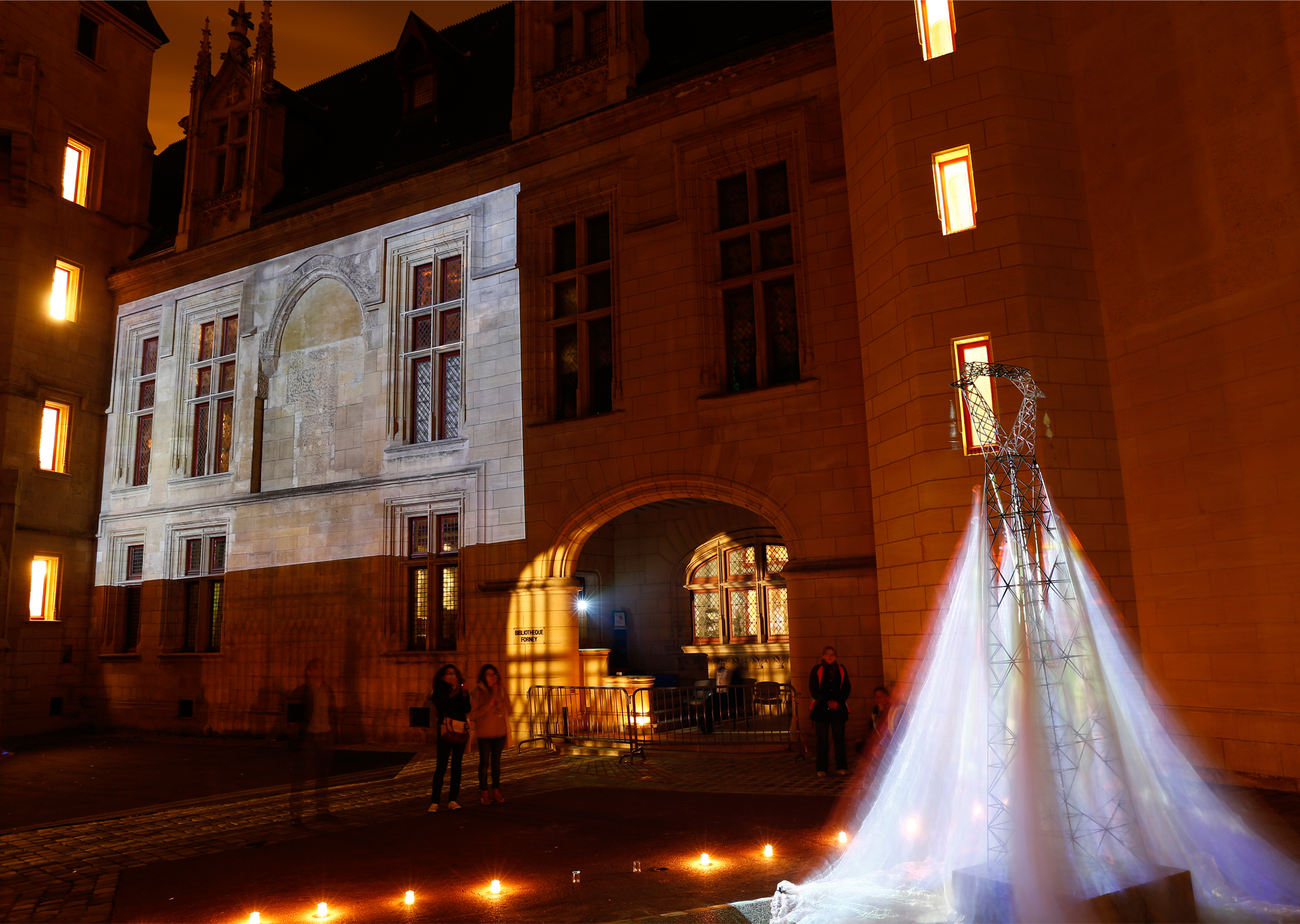 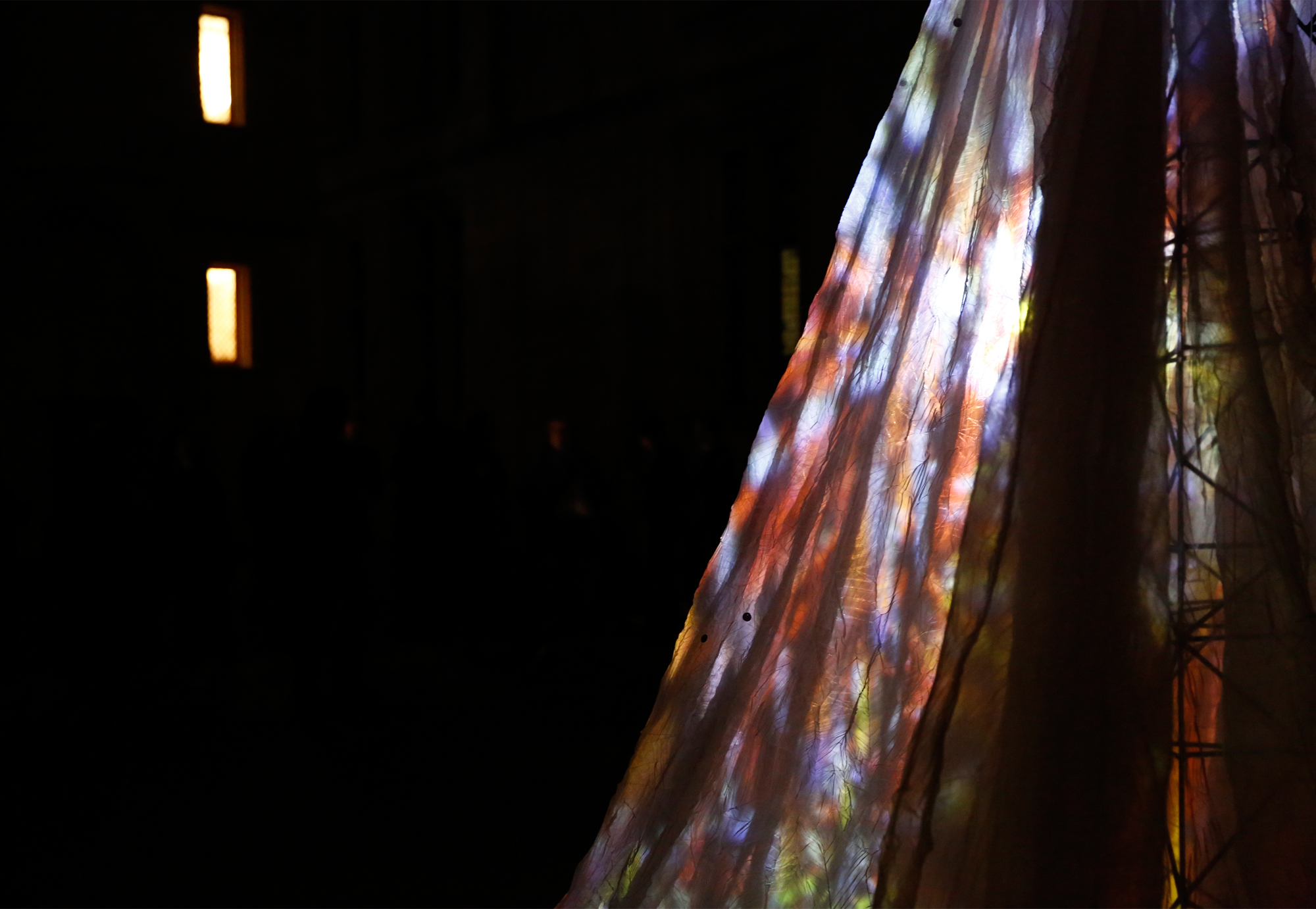 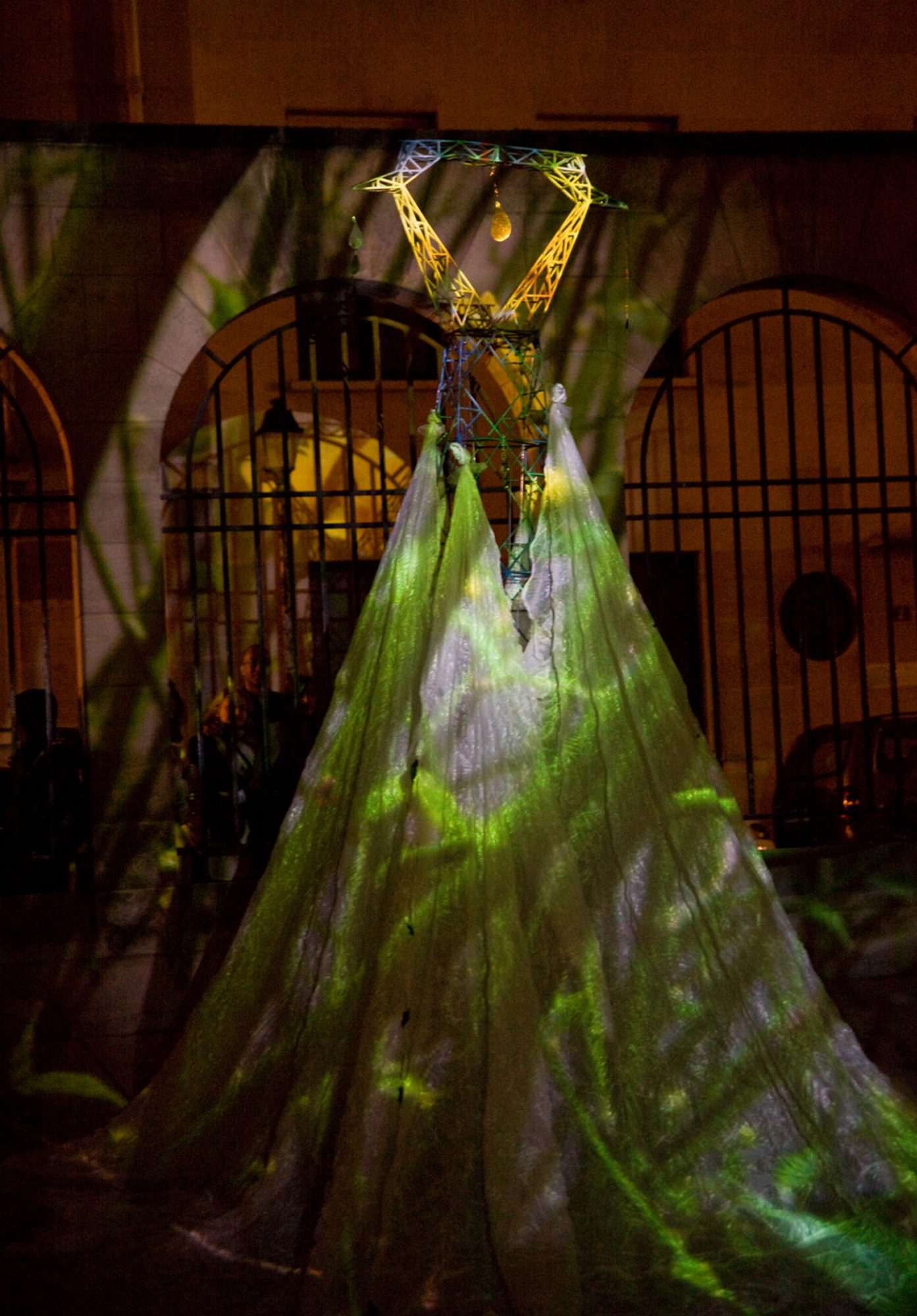 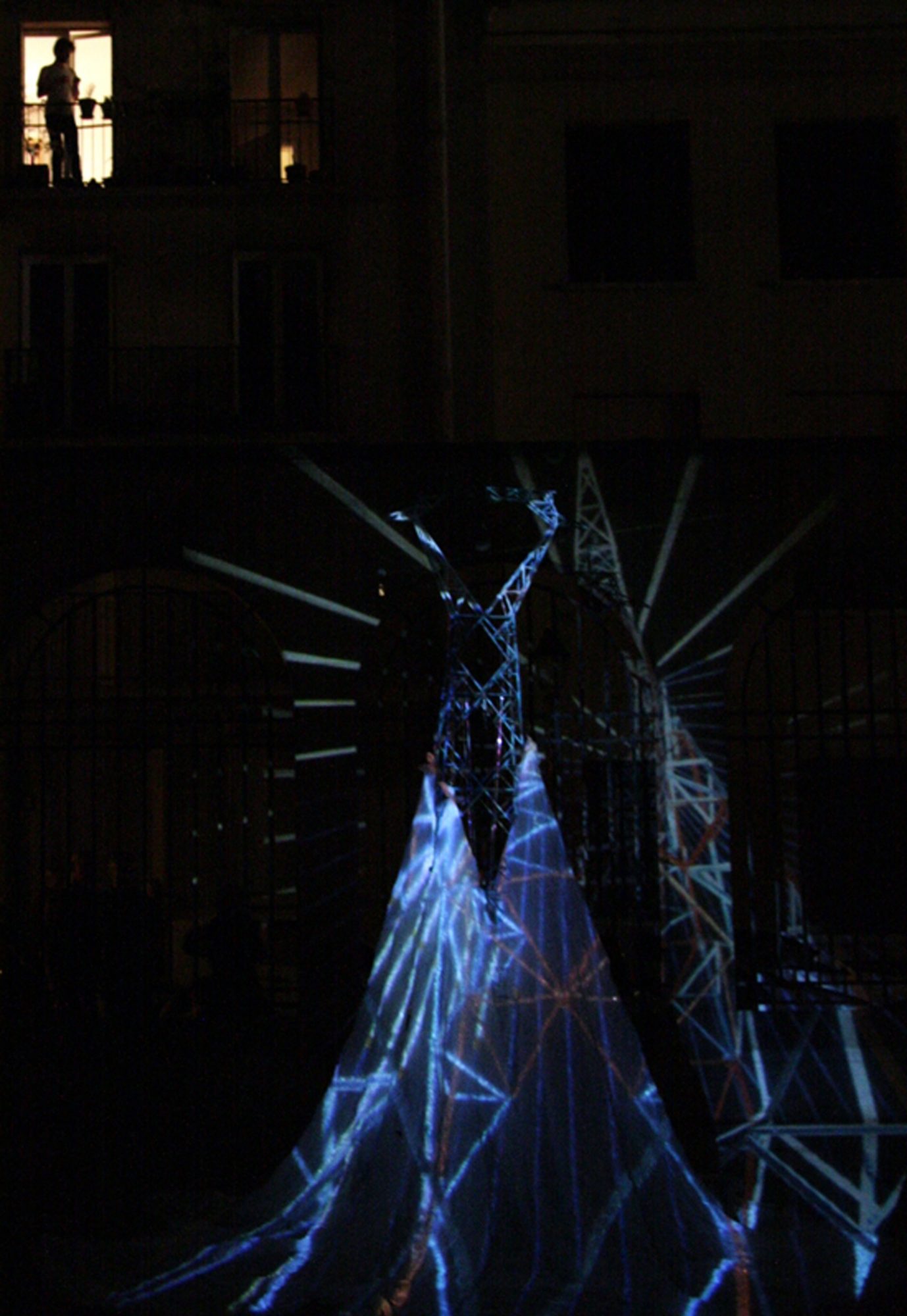 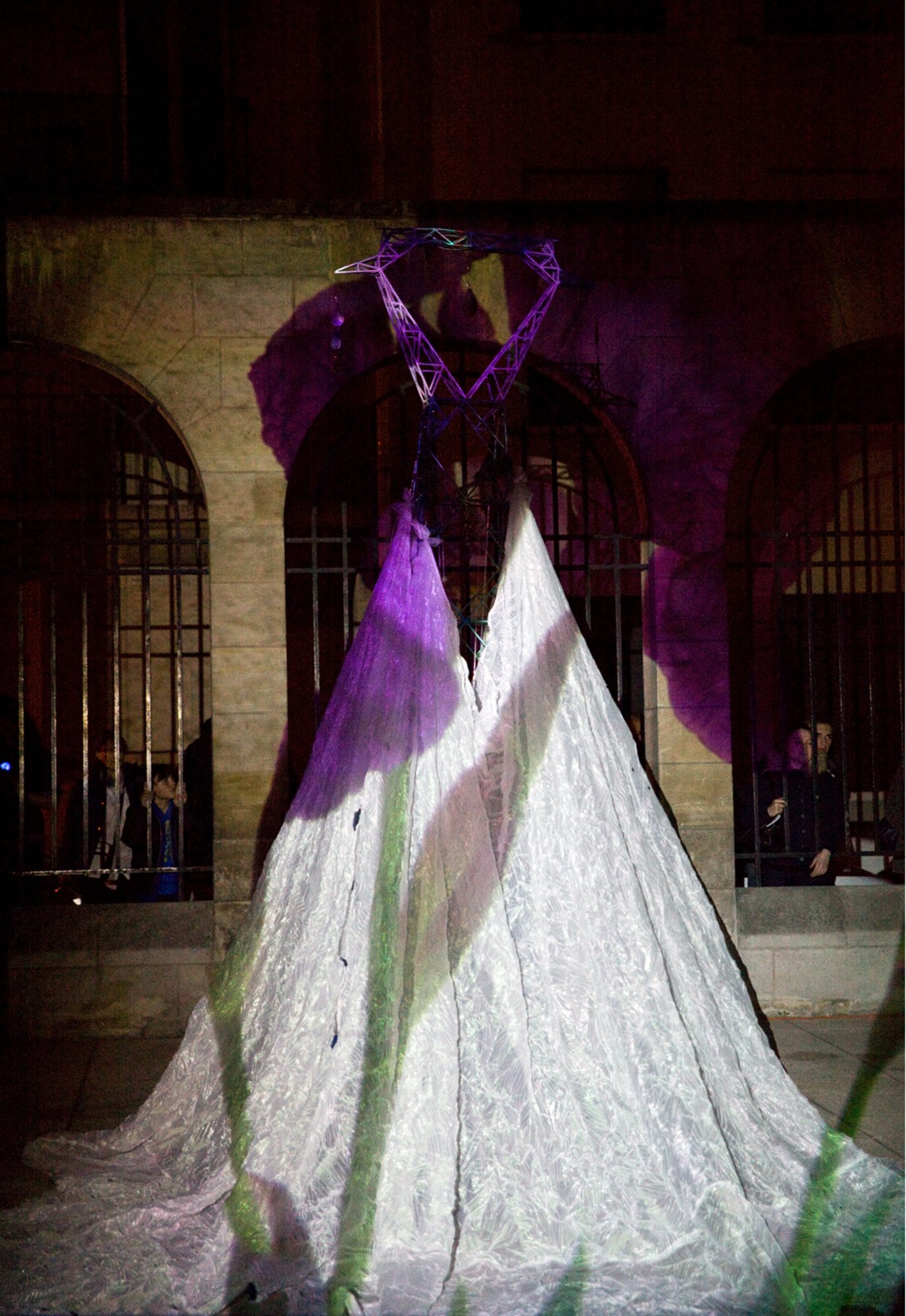 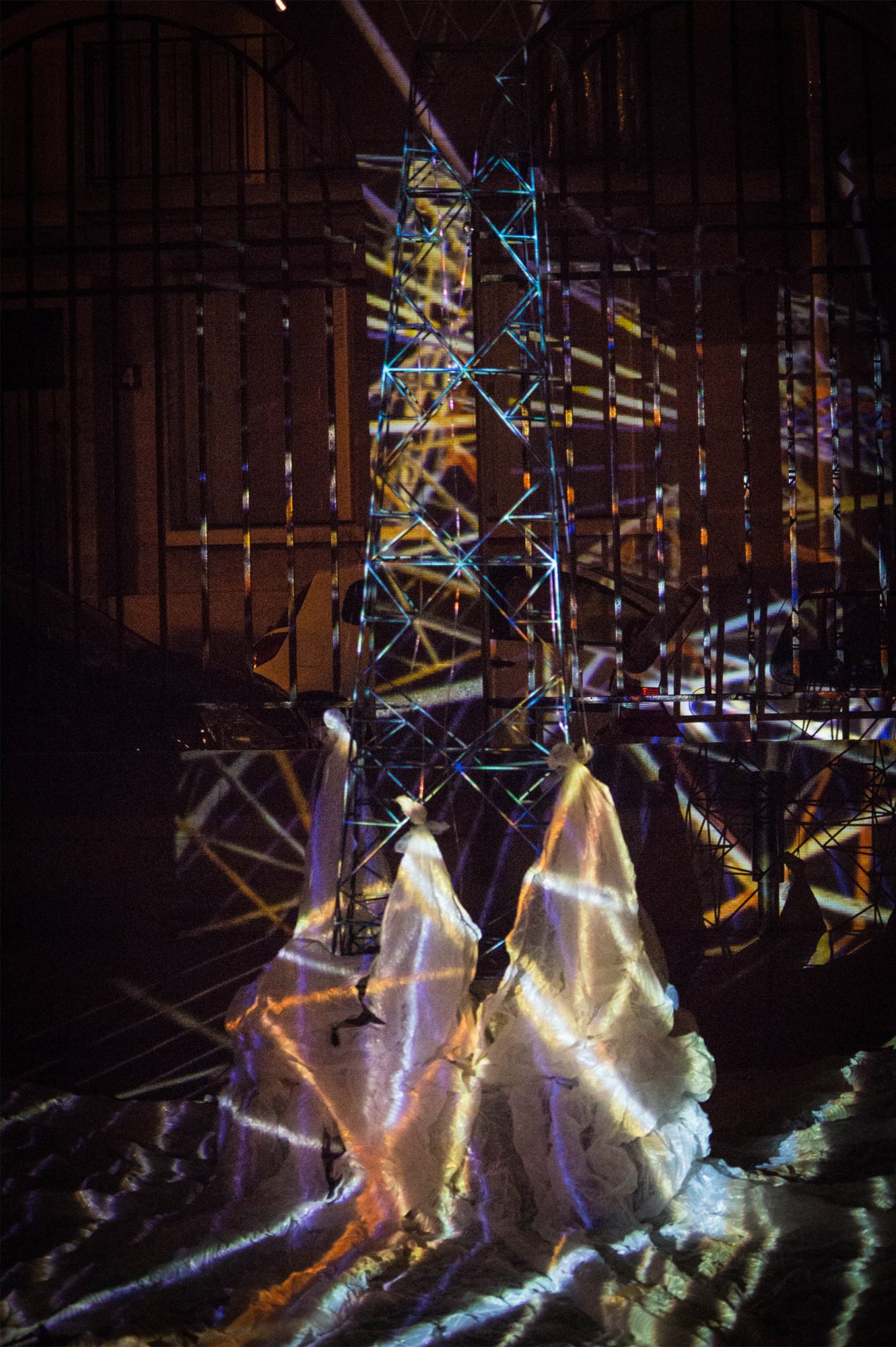 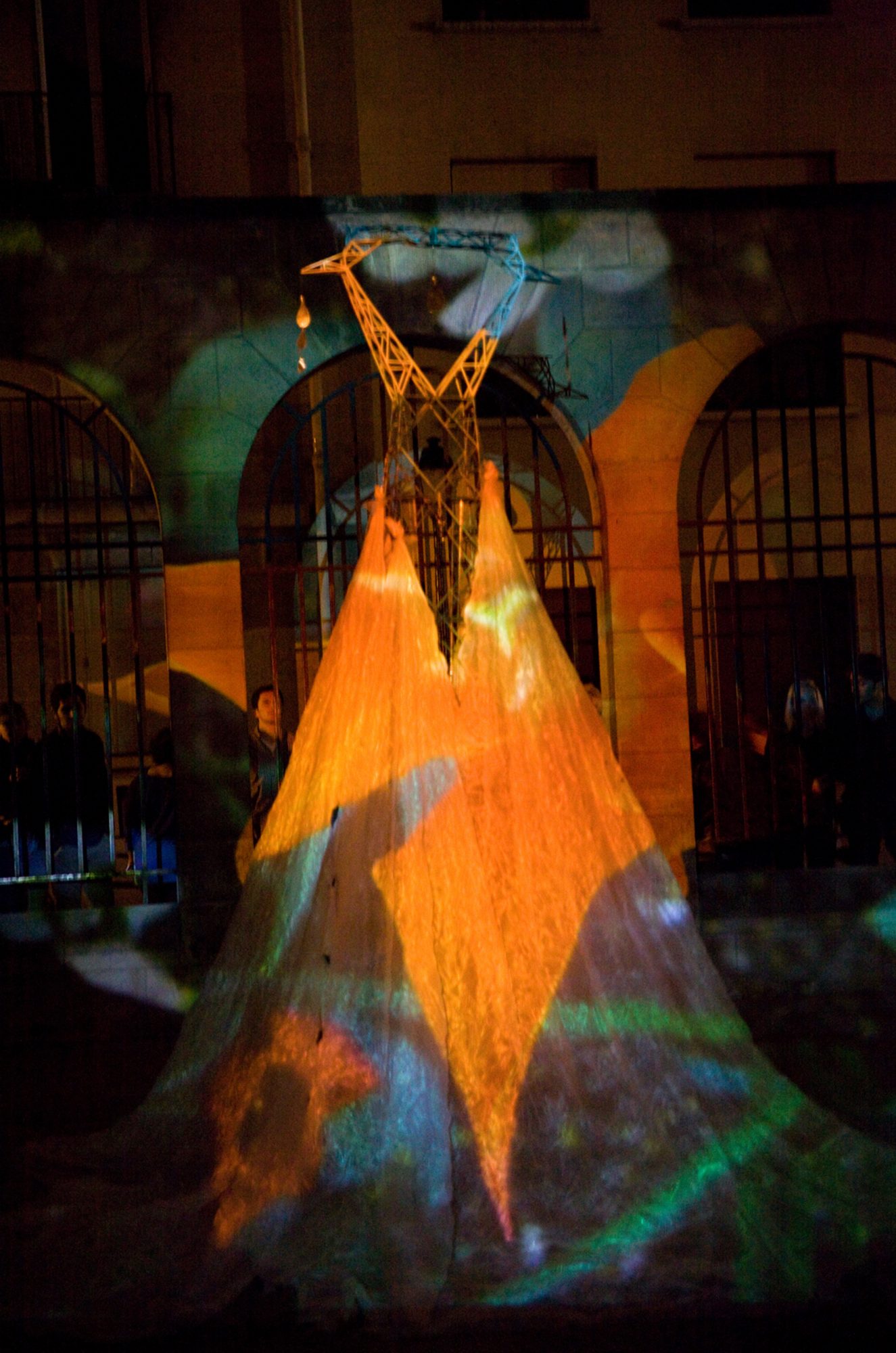 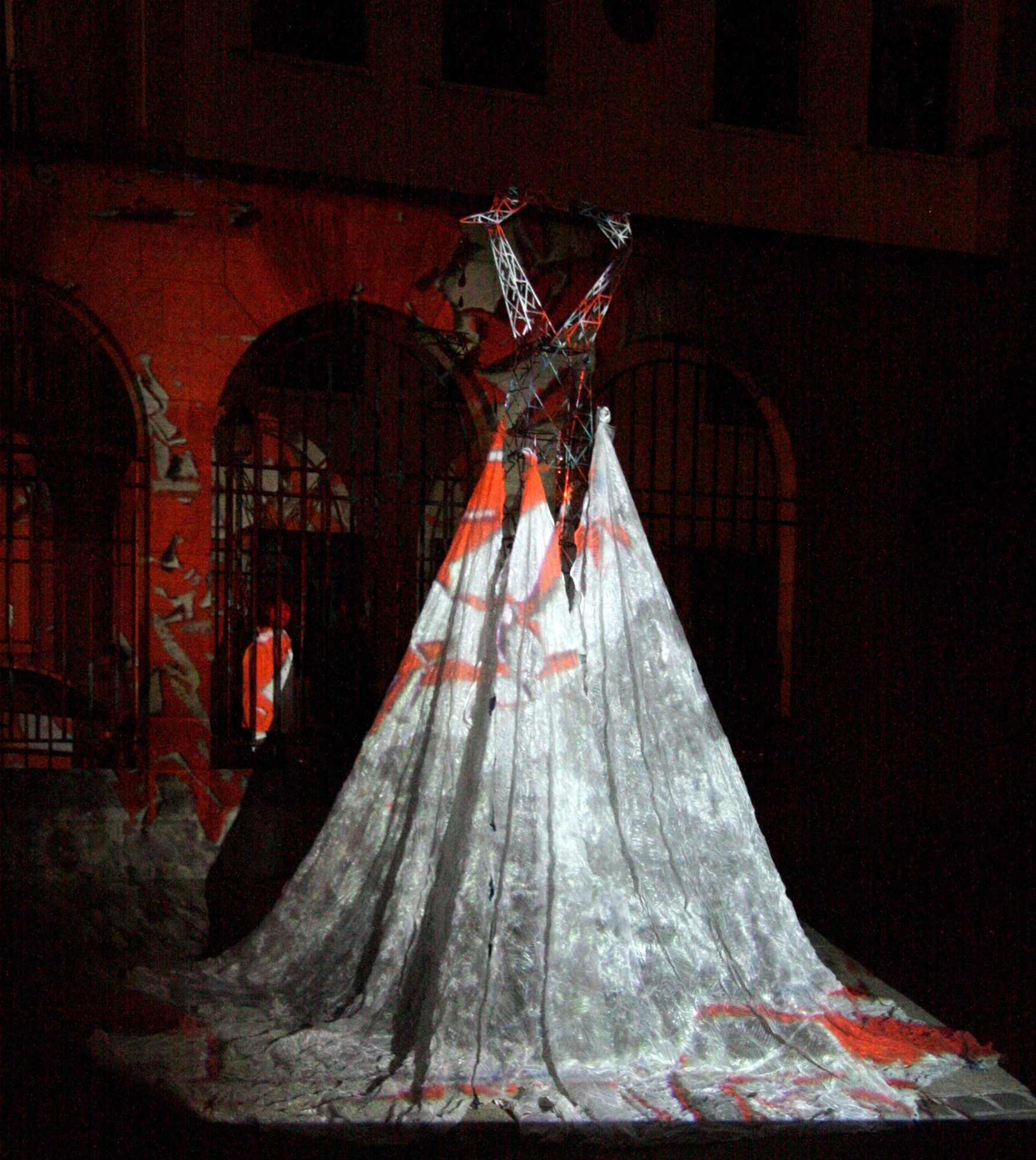 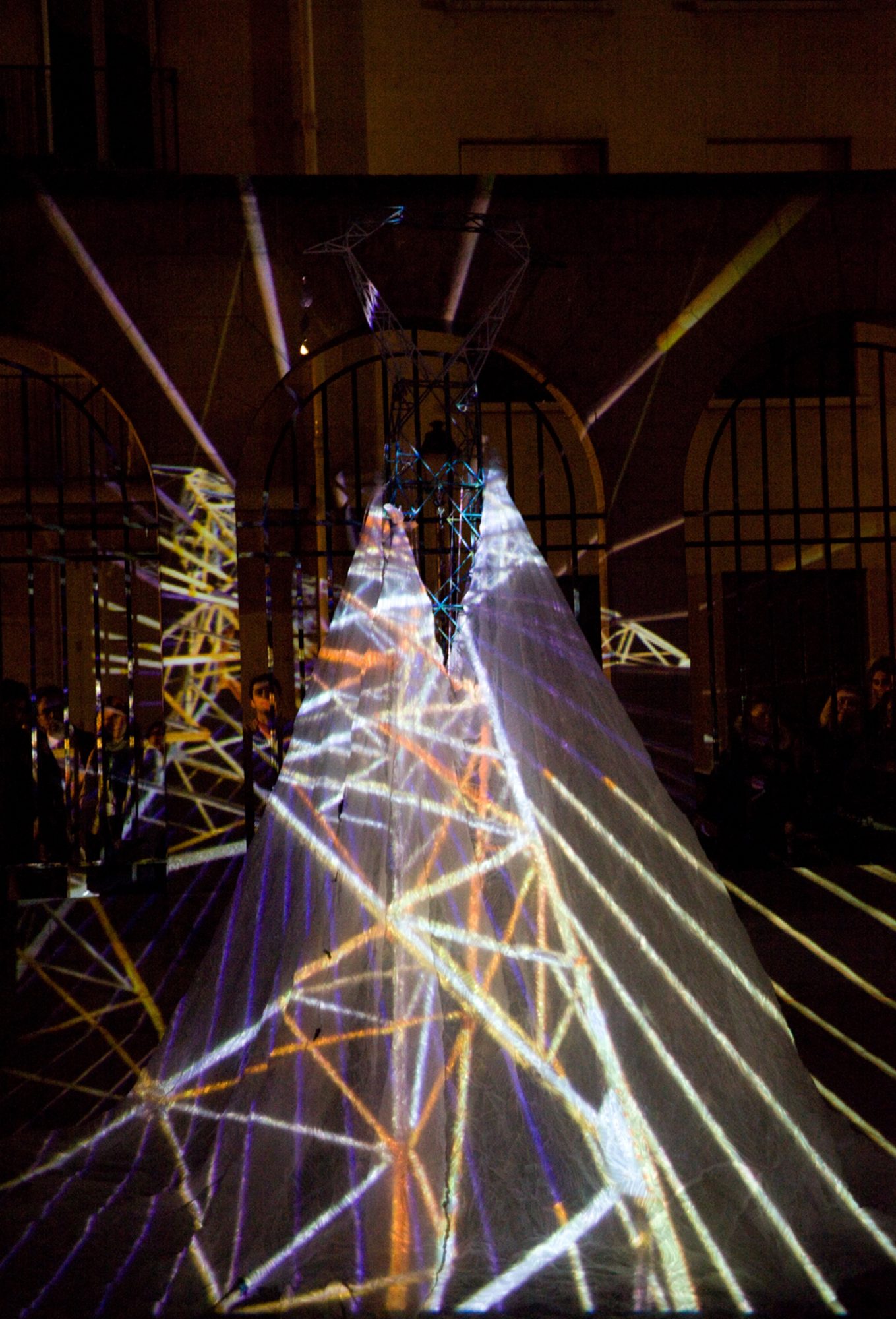 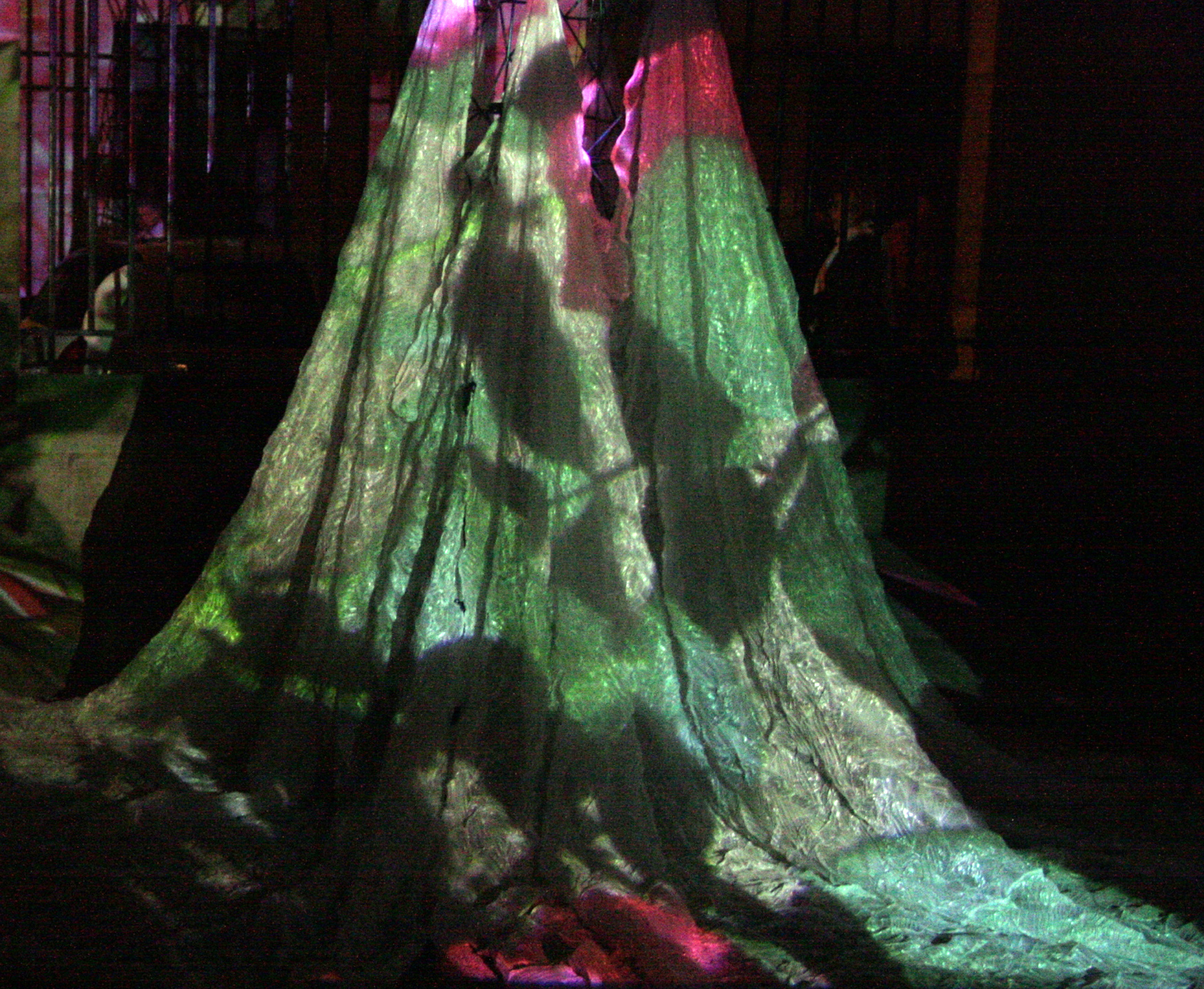 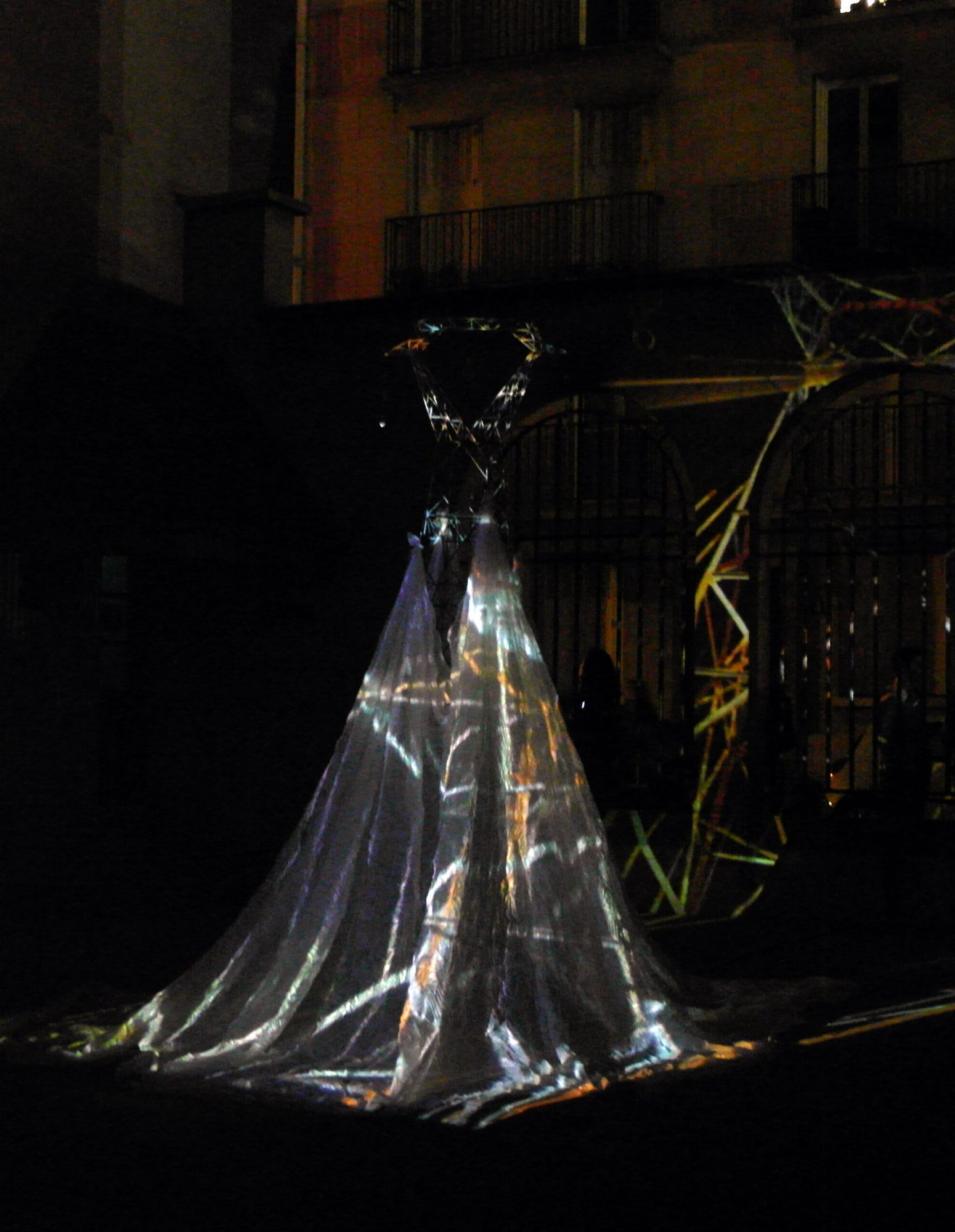 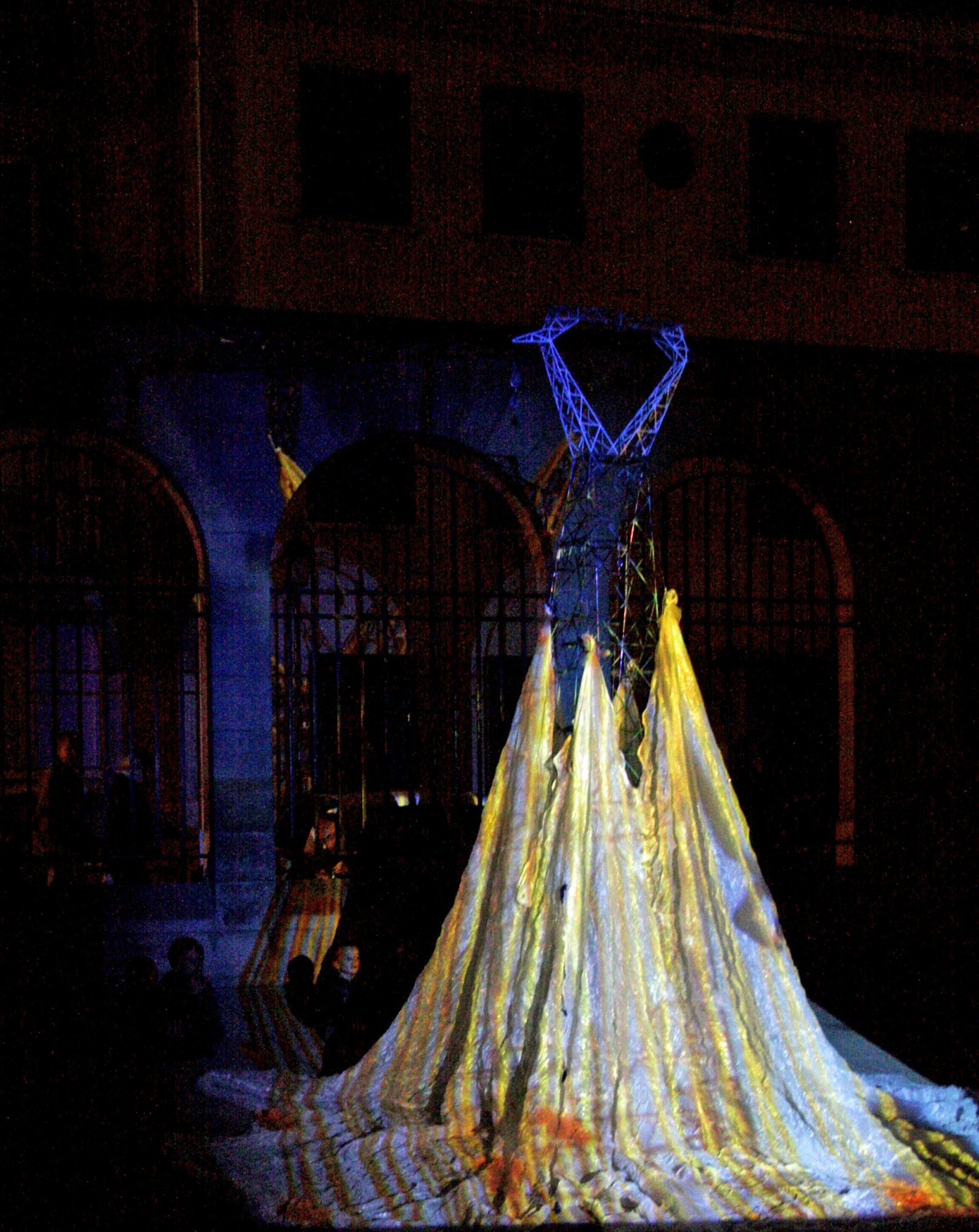 A multimedia installation that mixes genres through a multi-disciplinary approach: body, machine, material, immaterial, music, image. A work that seeks the confrontation between the visible and the invisible with living reliefs. The project comes to humanize the machine, and moreover, feminize metal carcasses, warts in the landscape, marrying them with feminine clothes to make them beautiful.

He also seeks the contrast between the geometry of the metal and the softness of the fabric, between silhouettes of the giant electric pylons and volumes of the human body, while finding points of connection materialized by the link of physical and non-physical attachment, unfailing between man and machine.

This project is an ode to energy, seen and translated by the artist in his mode of expression.

“Chance or fate, a place dedicated to fashion and design, found its artist for Nuit Blanche 2013: Hotel de Sens presents the artwork of Elena Paroucheva, sculptural challenge which rethinks the environment, a fashion show for high-voltage pylons. The annual Nuit Blanche in Paris, celebrates the all night festival of contemporary art and culture presenting artwork, performances and open air installations of world renowned artists which are placed all over the city. Elena Paroucheva – electric environmental artist – presents her work featuring electric pylons, dressed in a beautiful gown. In parallel, the projection of a video called Electric Art traces the career of this unusual artist. The play of sound and light blend into the artwork presented at the courtyard of the famous 16th century Hotel de Sens. The floating gown dances to the tune of light and sound, a terrific effect for a “high couture for high-voltage” installation, an aesthetic work of Elena Paroucheva”.

“Elena Paroucheva’s sculpture drew a crowd, including from across the street”.