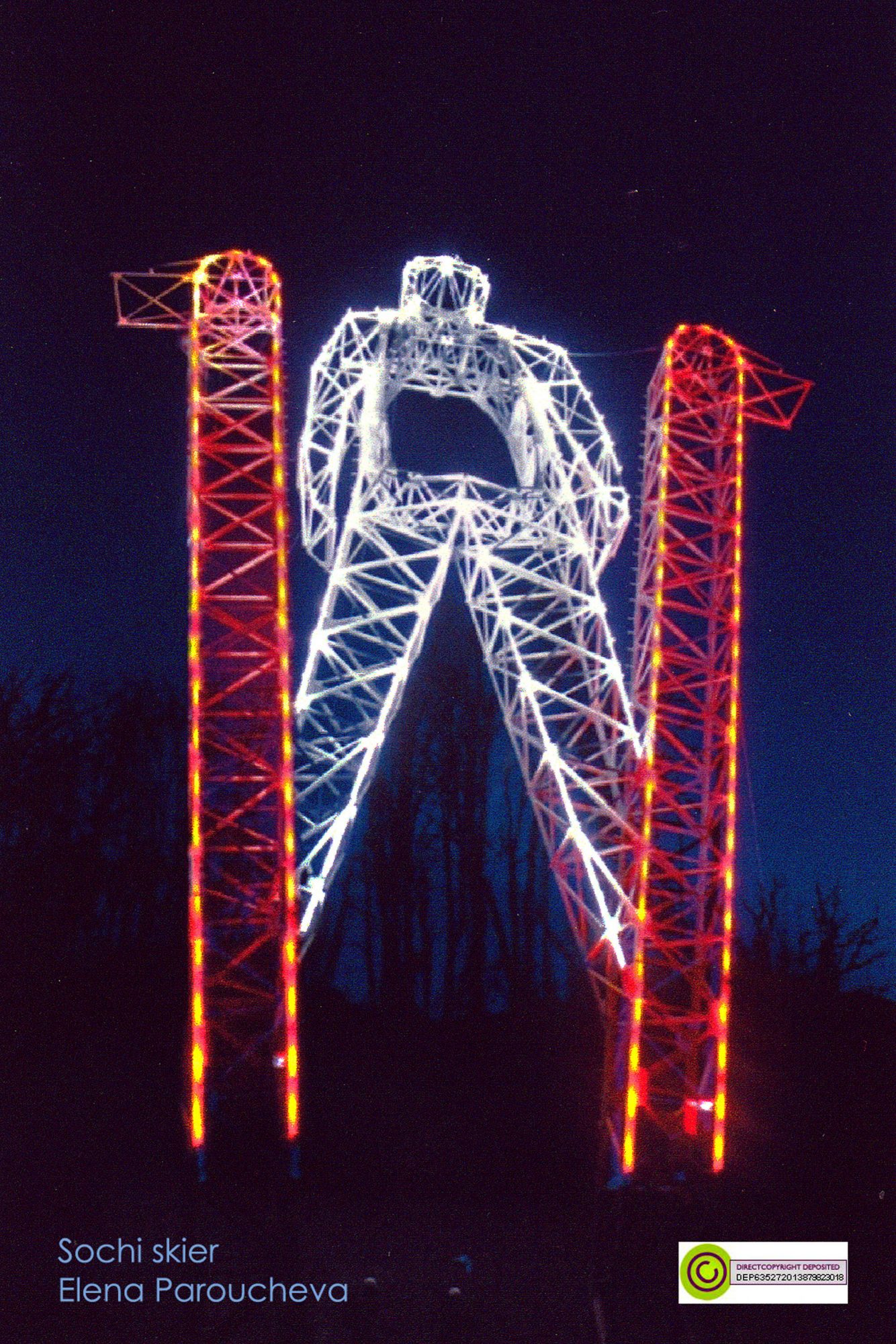 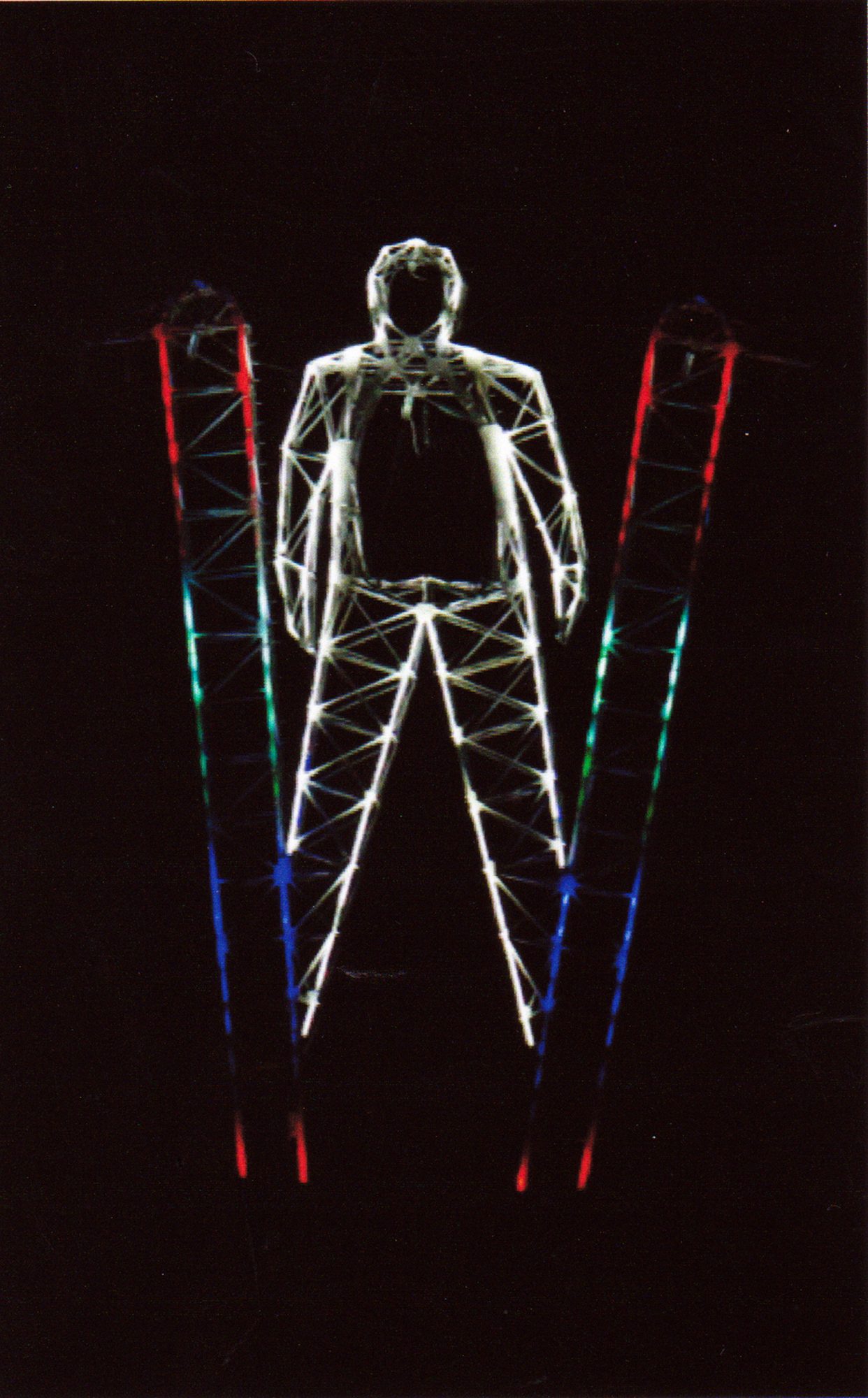 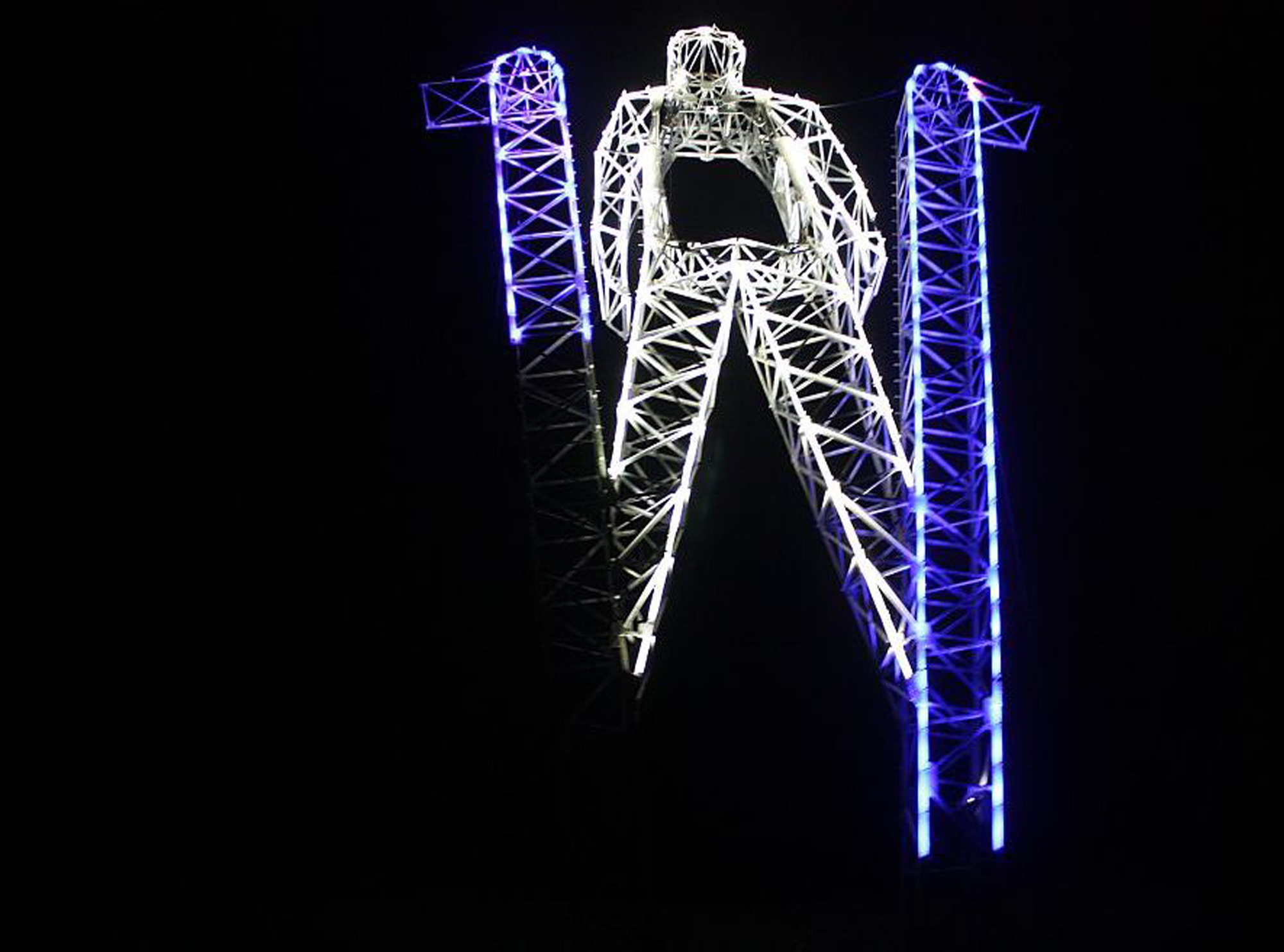 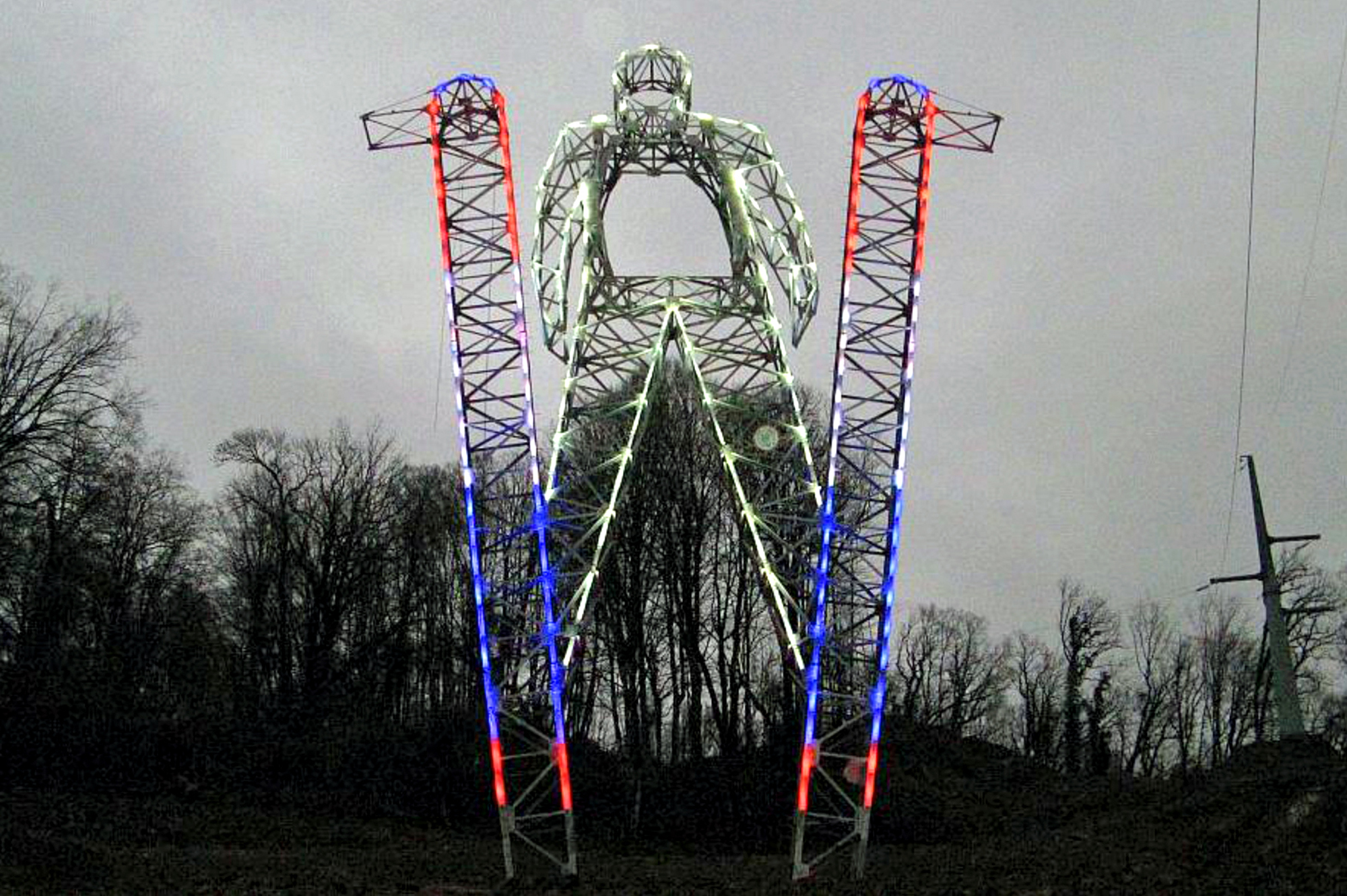 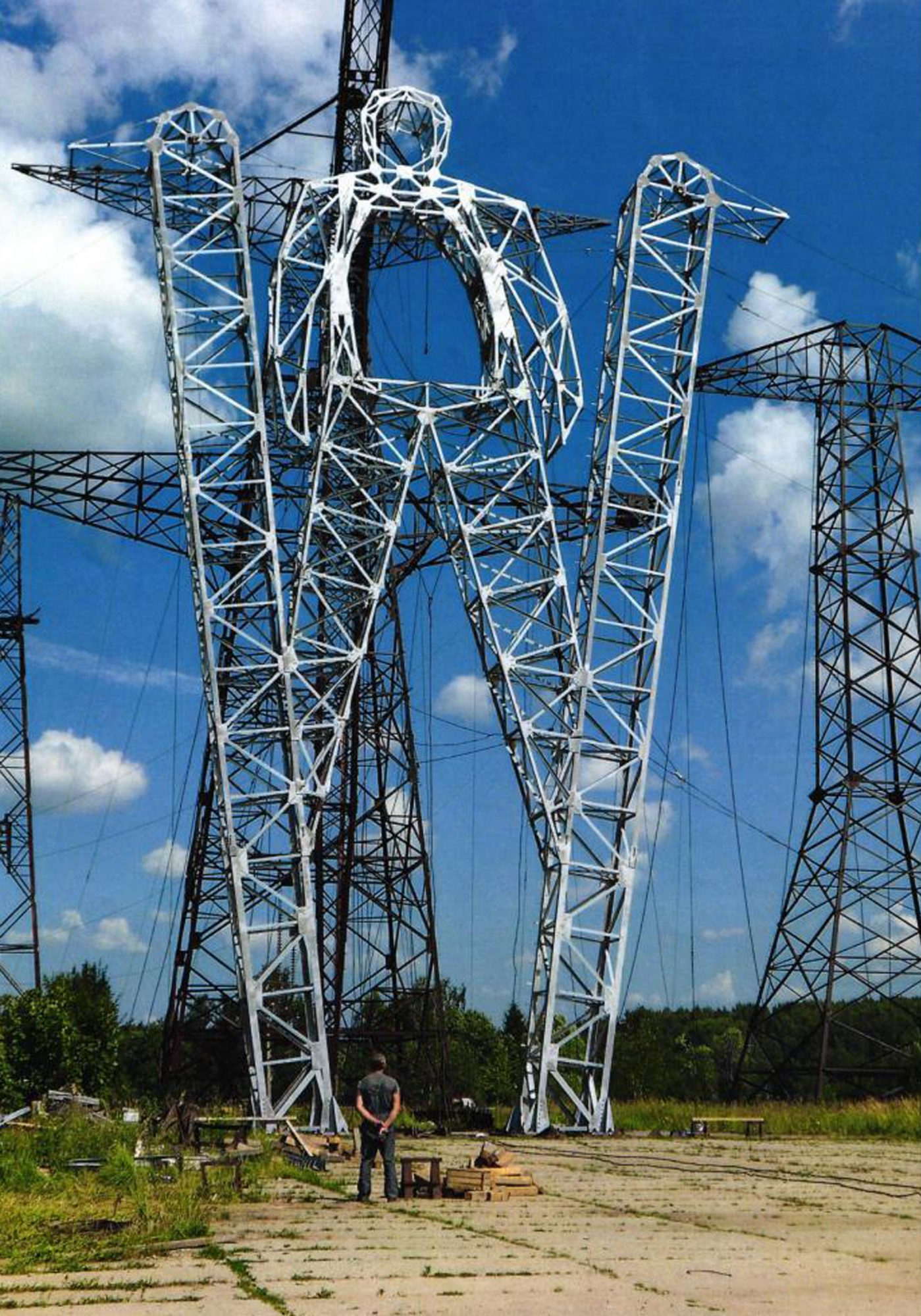 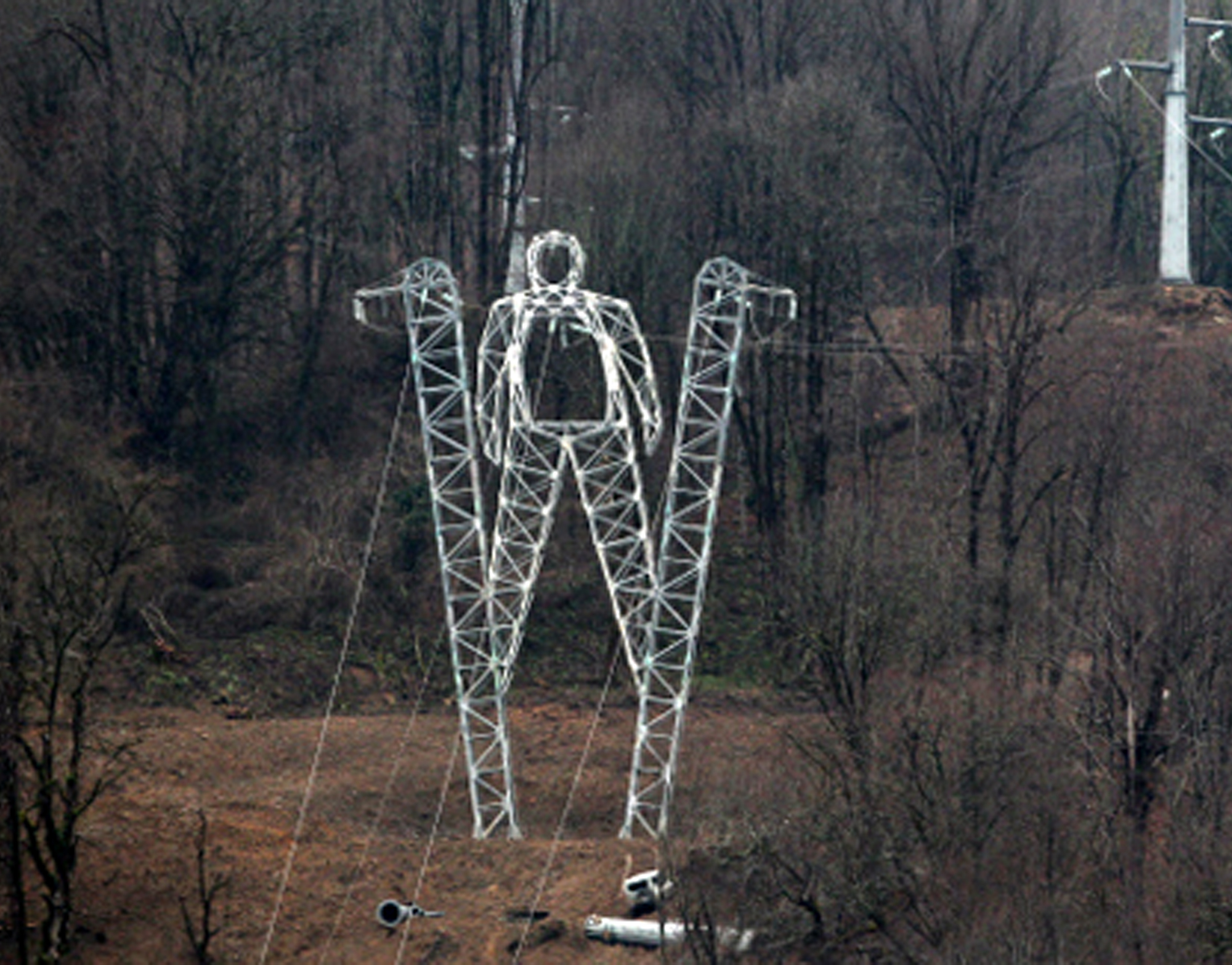 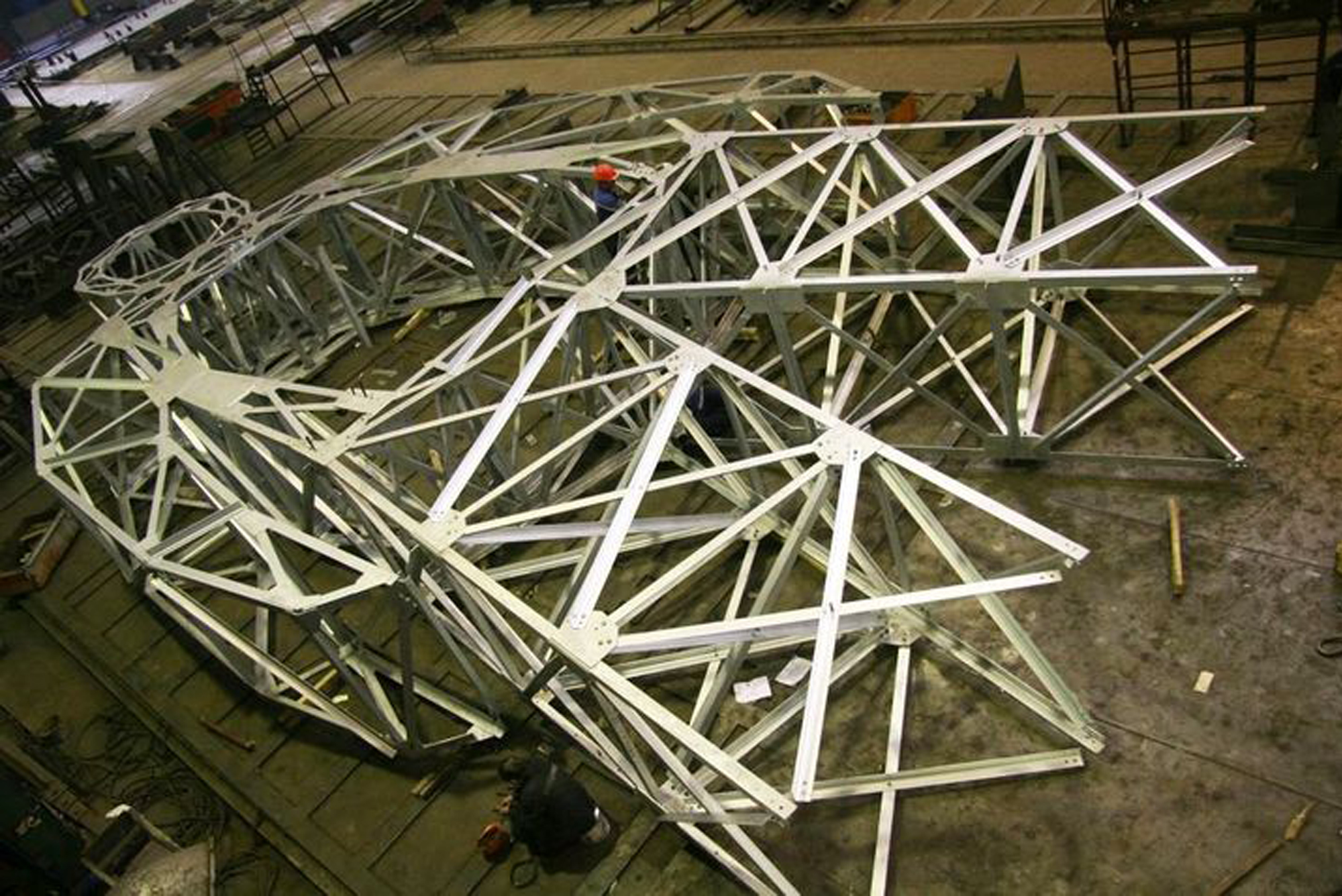 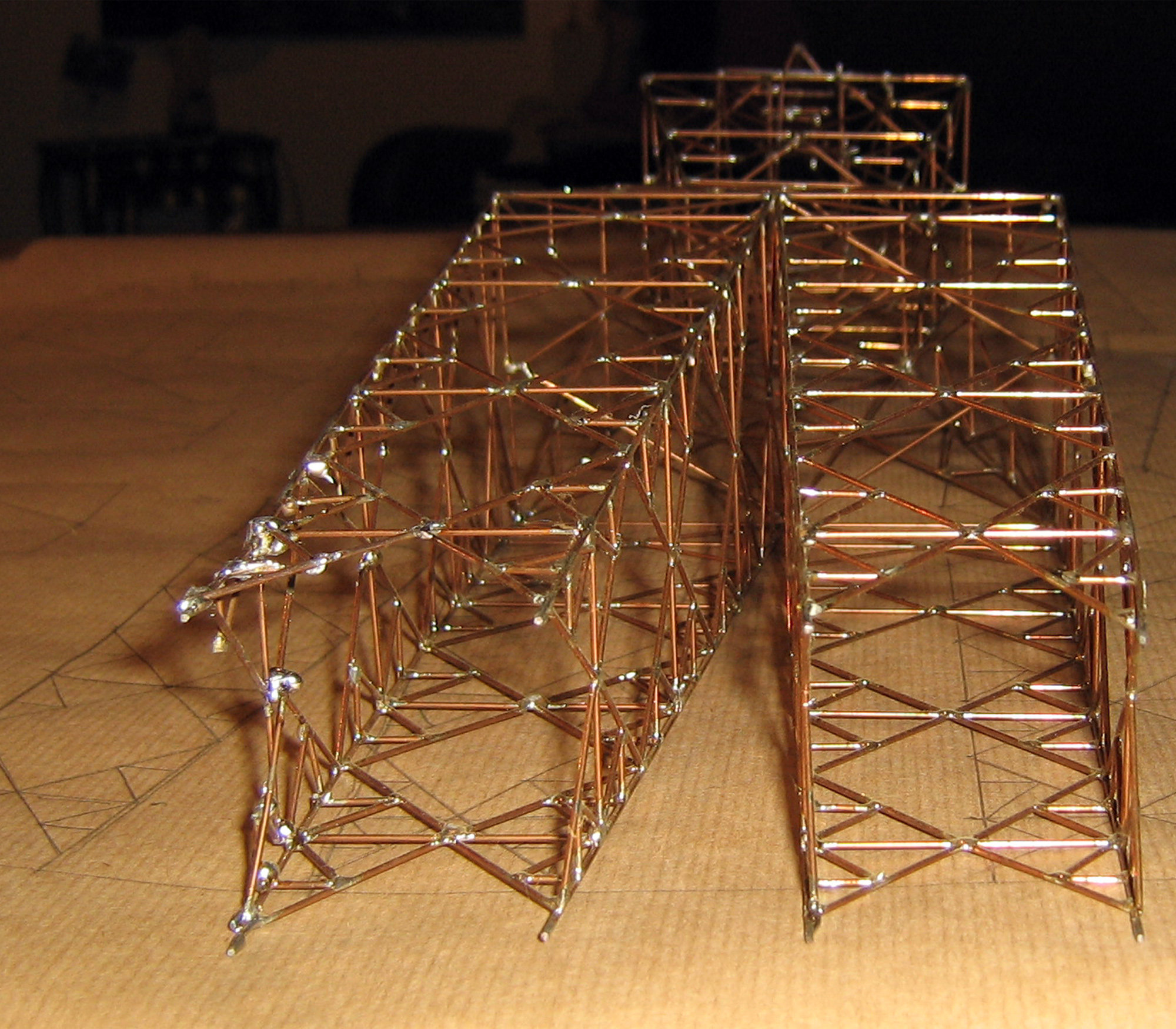 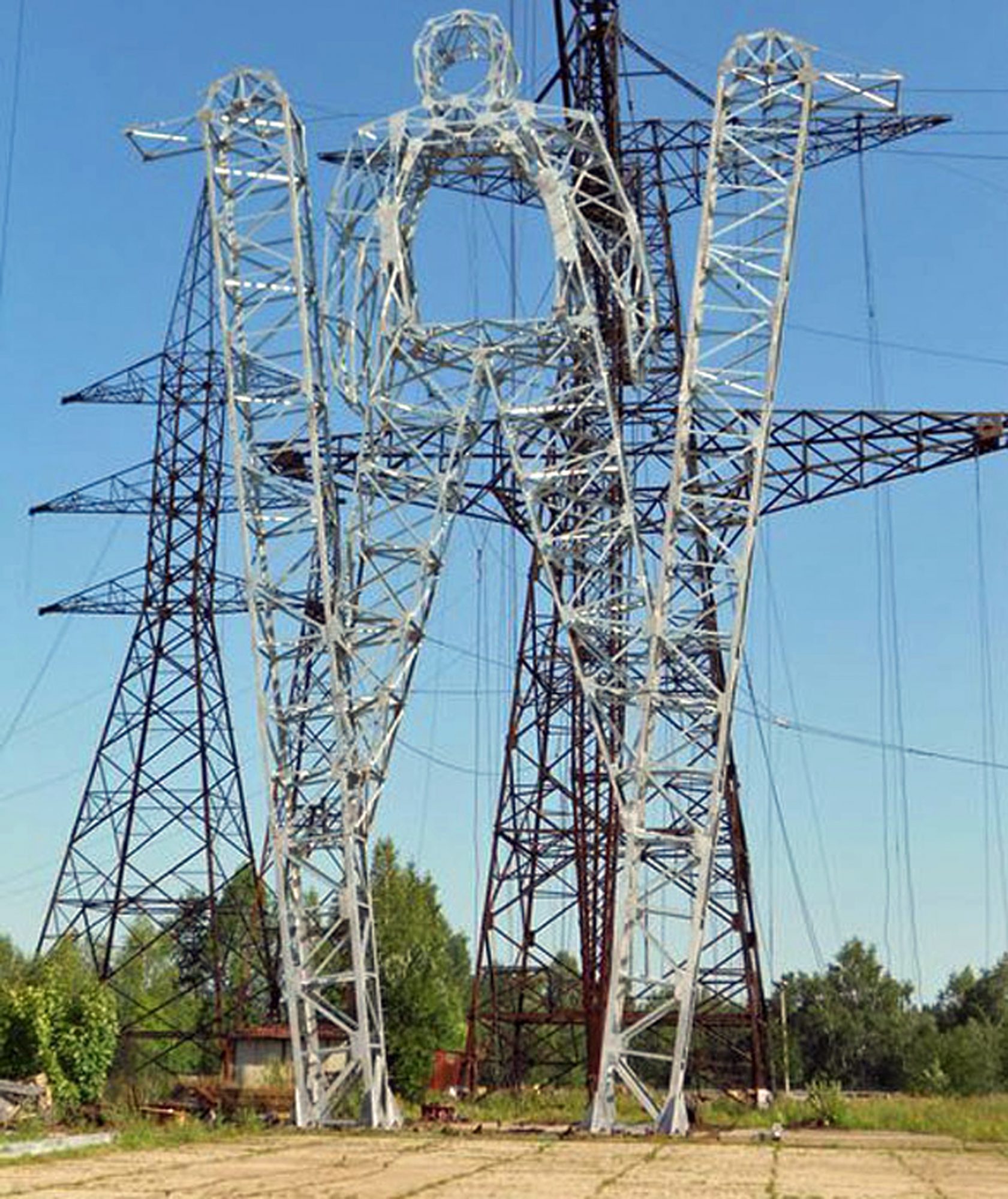 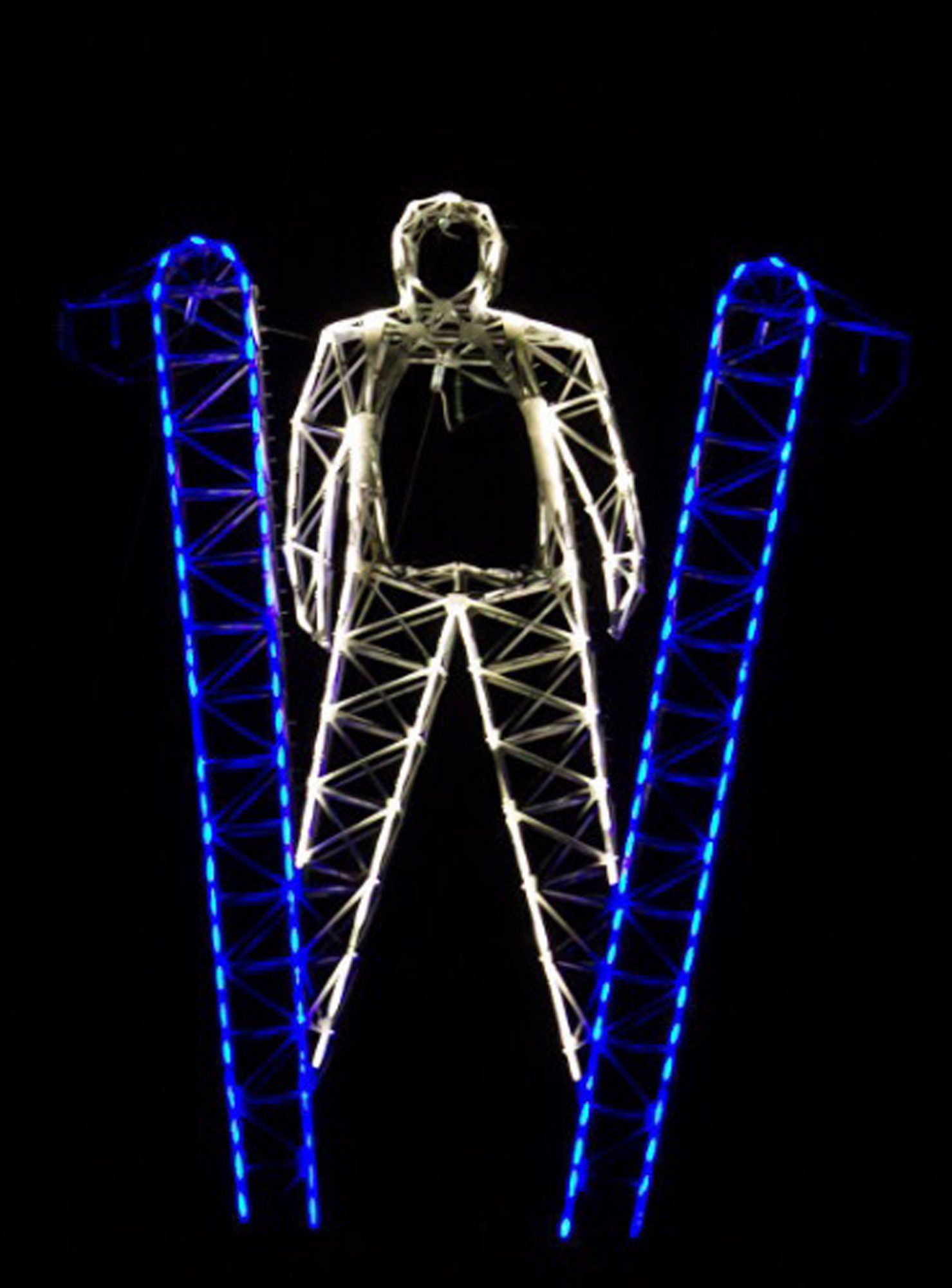 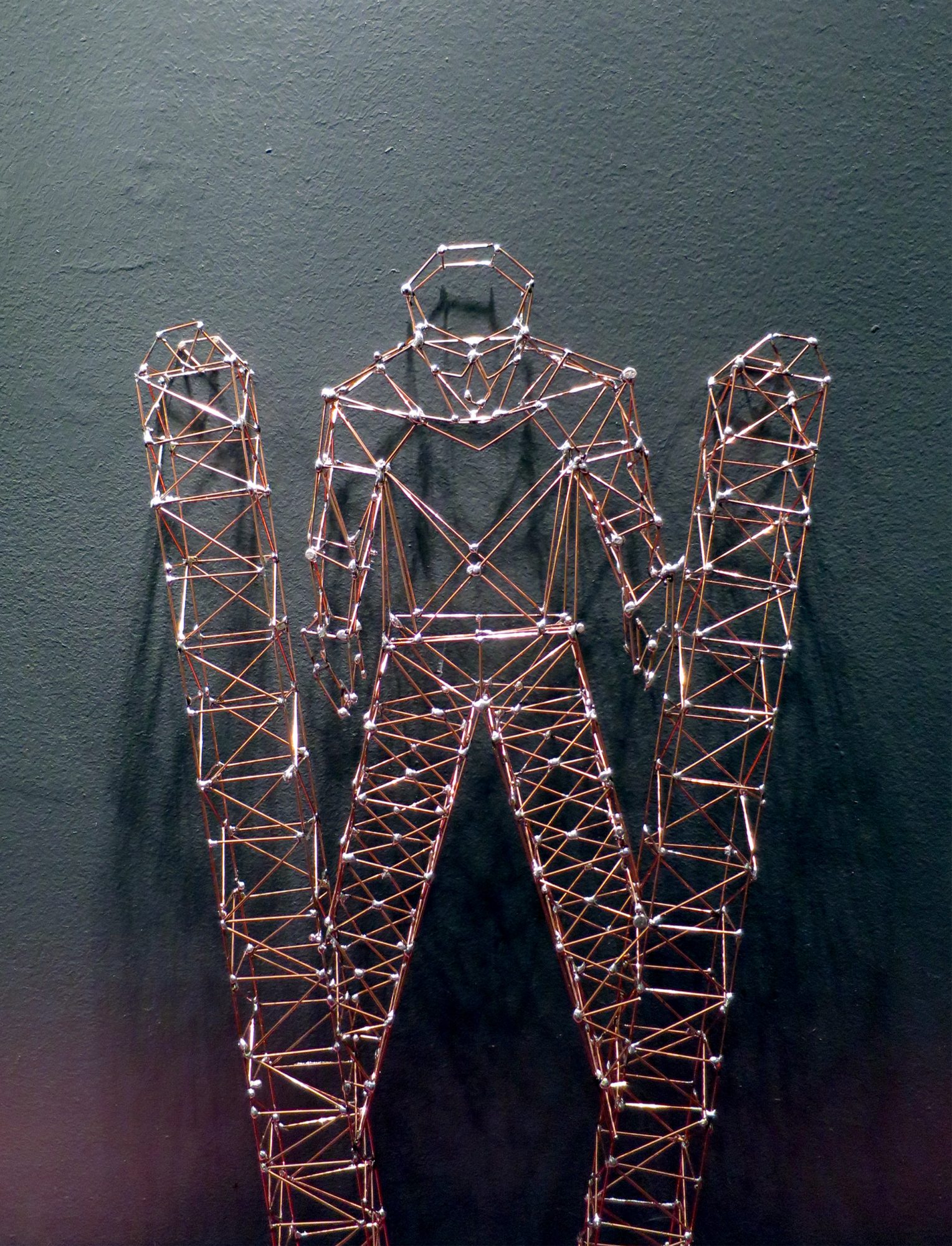 An electricity pylon becomes an Olympic symbol
“Photographers know: in order to turn a cute pastoral landscape into an apocalyptic one, you just need to get another transmission line into the frame. But these giant metal monsters can become a real decoration and even an art-object. Evidence in Paris -the Eiffel Tower does not remind you anything?”

On a hill around Sochi, another design by Elena Paroucheva was built by the Russian authorities in order to magnify the surrounding landscape of their international venue: the 2014 Winter Olympic Games.
An illuminated giant skier thus appeared which symbolizes one of the Olympic sports: ski jumping (as filmed here by an amateur). The Skier is not only an Art-Sculpture: on its shoulders, it supports a high-voltage power line from Alder to Krasnaya Polyana.

Fabrication story
As for any Art-Pylon, the Sochi Skier project had been following the same stages of development: design, modelling, choice of materials and lighting, and testing. Two pylons have been built, one being eventually installed at Sochi. As described by Russian journalists and engineers (here, and there).

“The Olympic fantasy was realized in less than a year. To implement the project, specialists from different parts of the country were connected. Modelling and accompanying documentation were made in Sochi and Moscow. Further in Belgorod, the factory for the production of metal structures made all the necessary details. At the same time, the unique design was created by quite ordinary methods”.