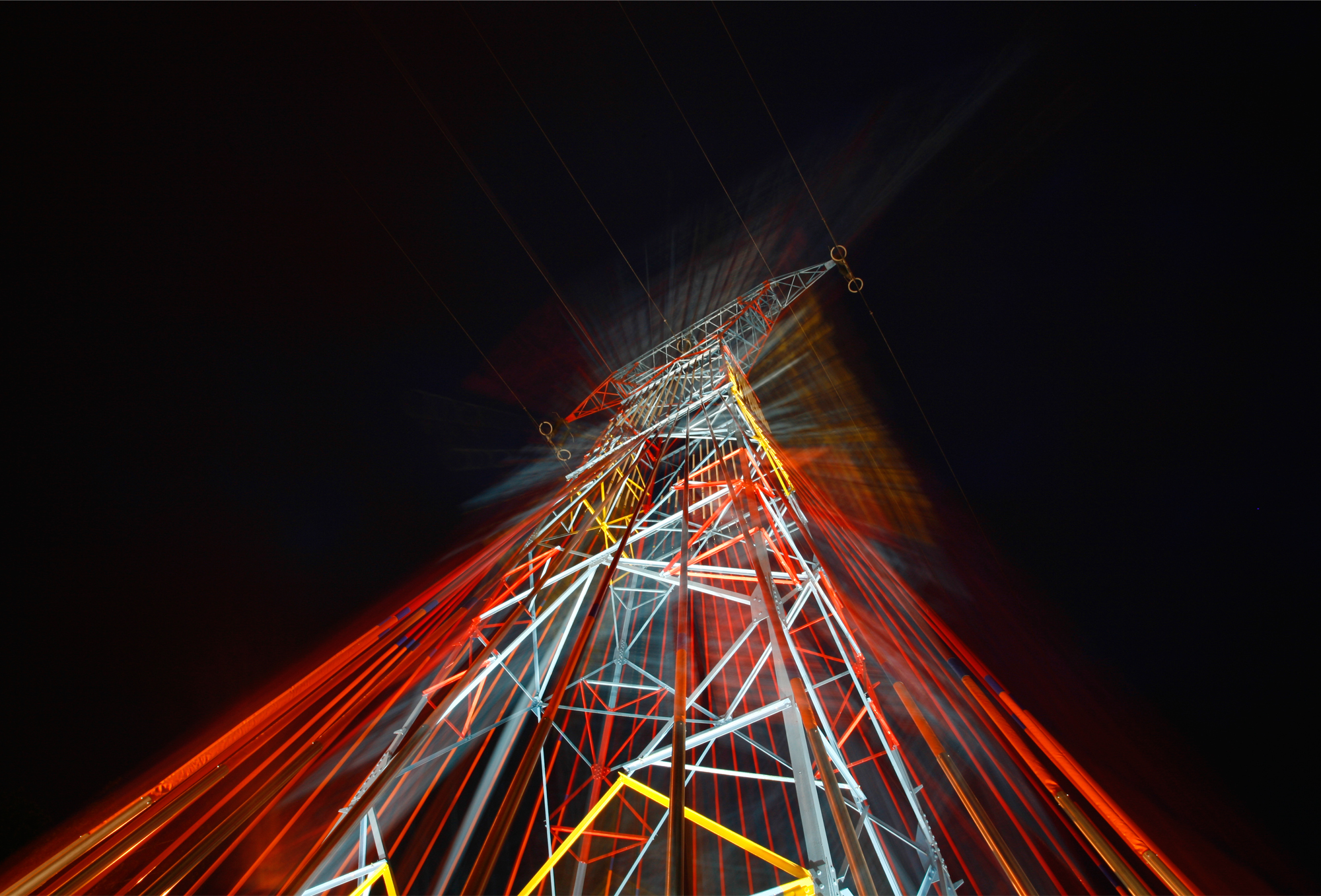 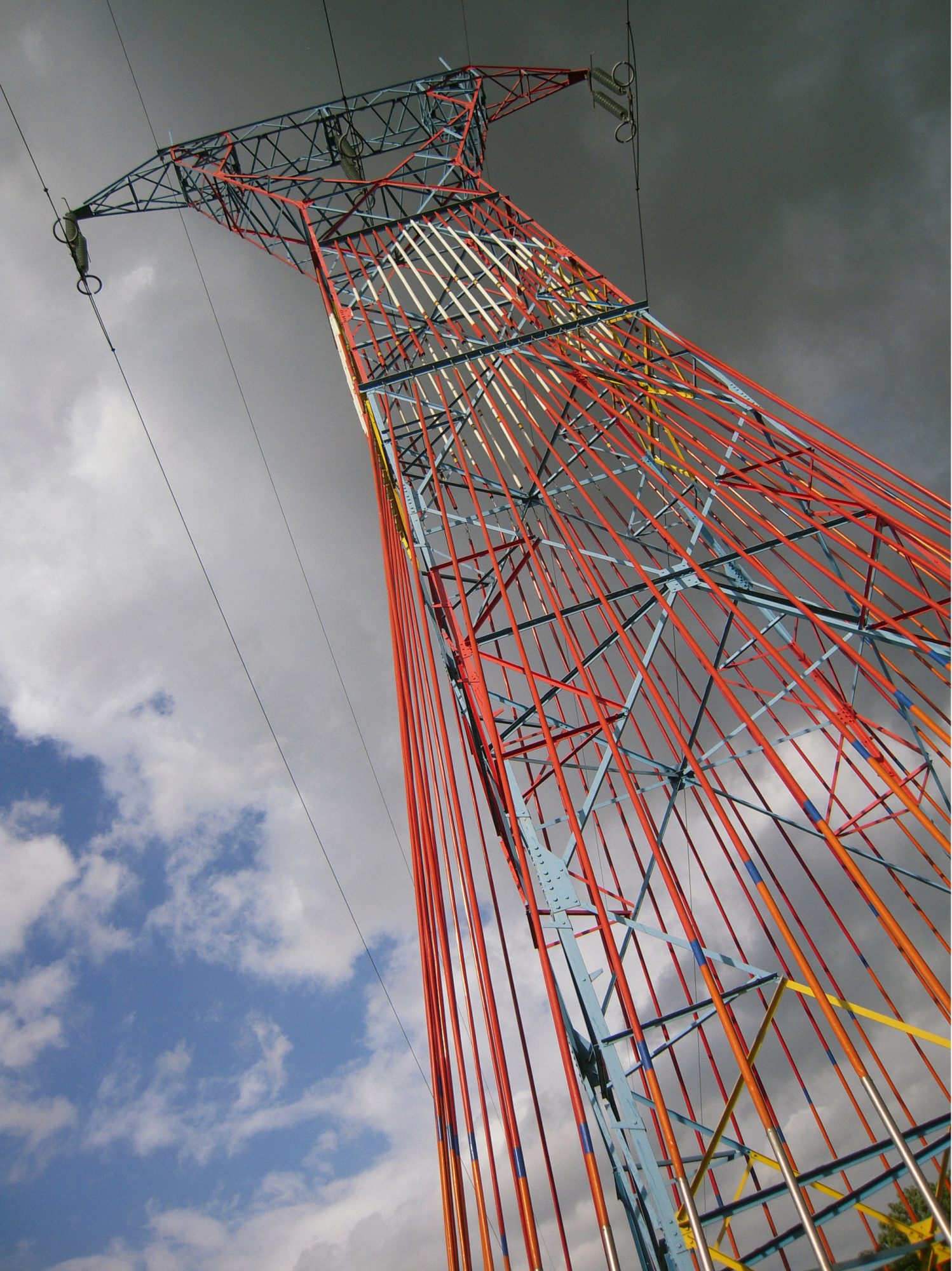 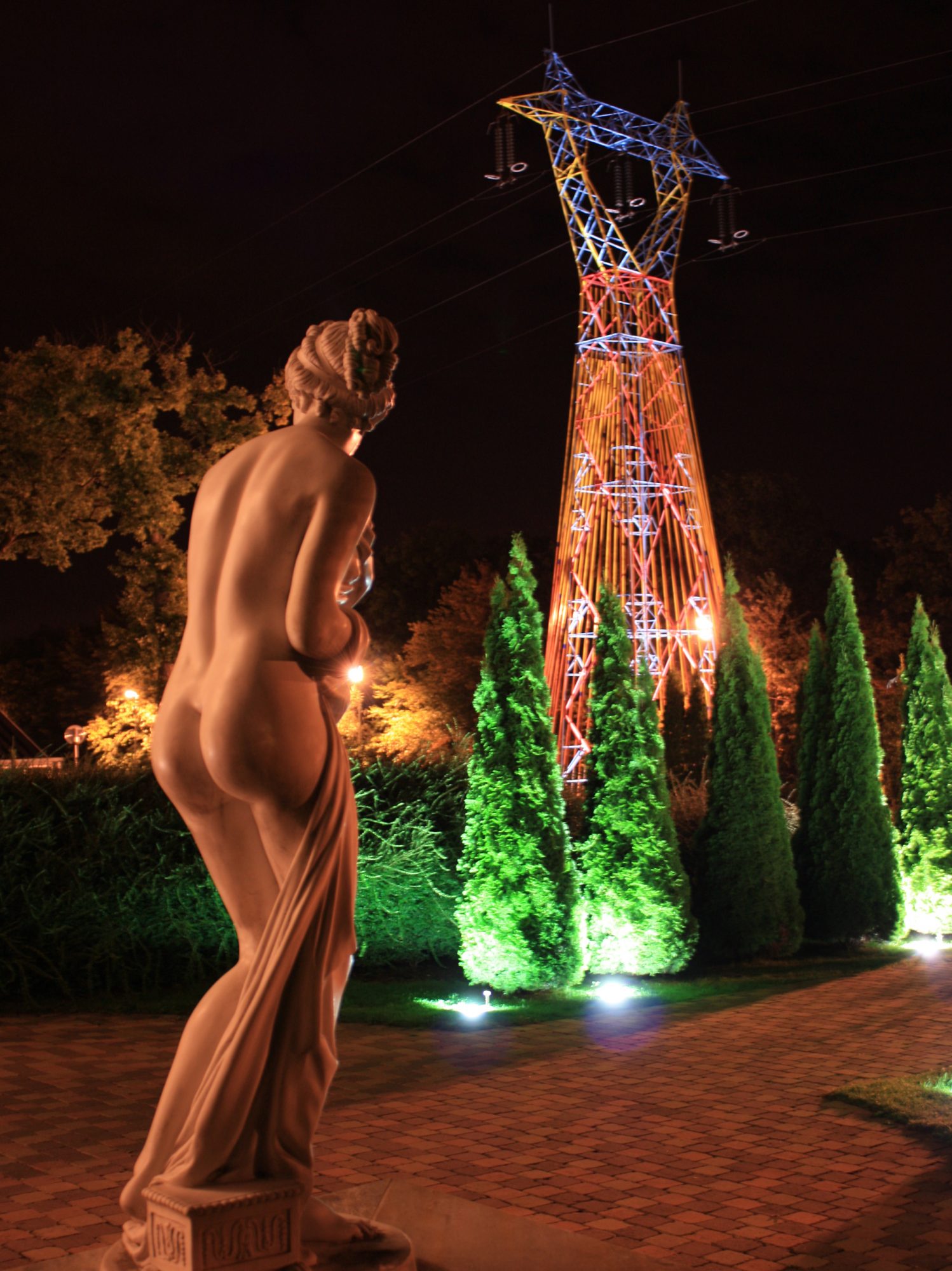 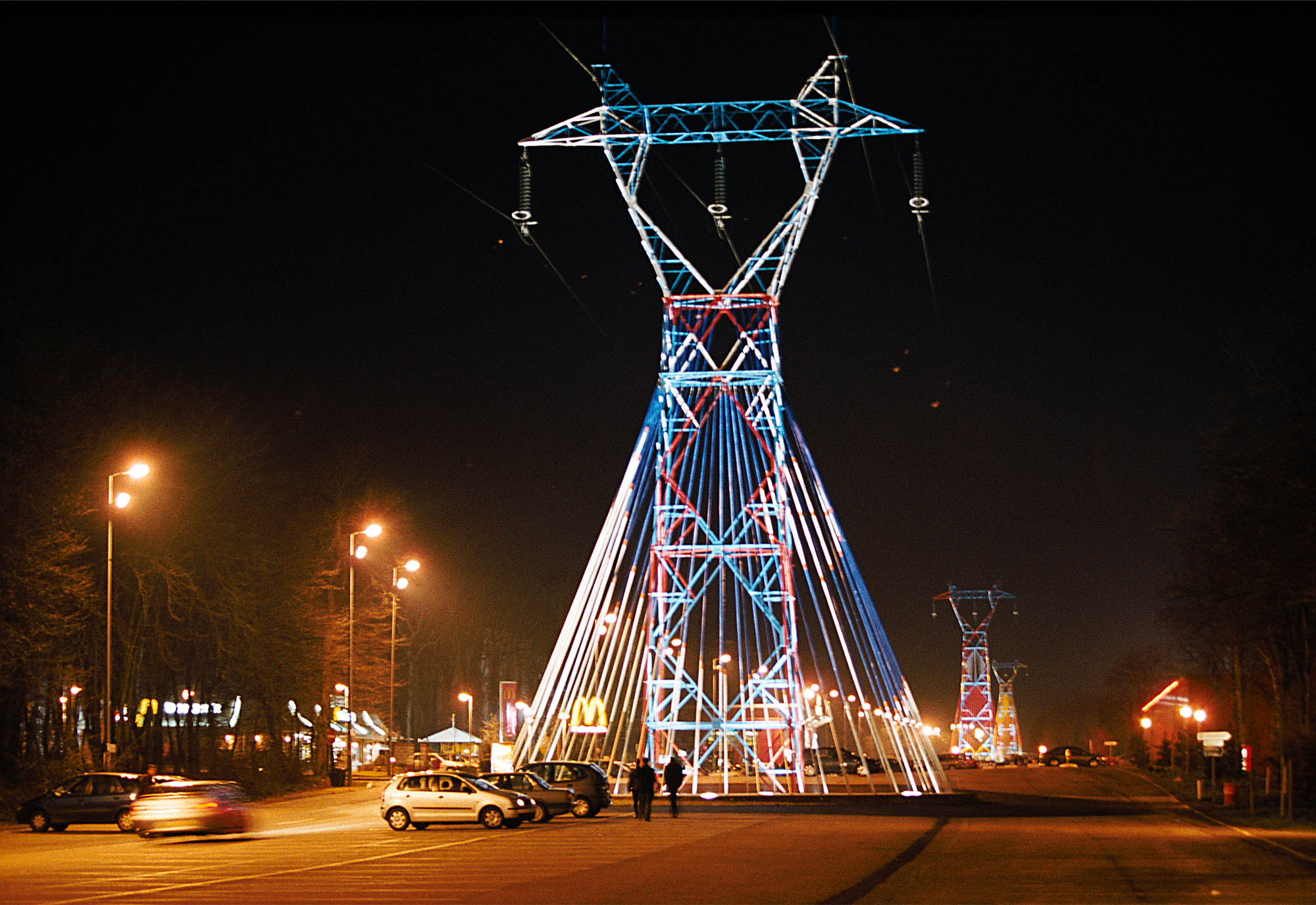 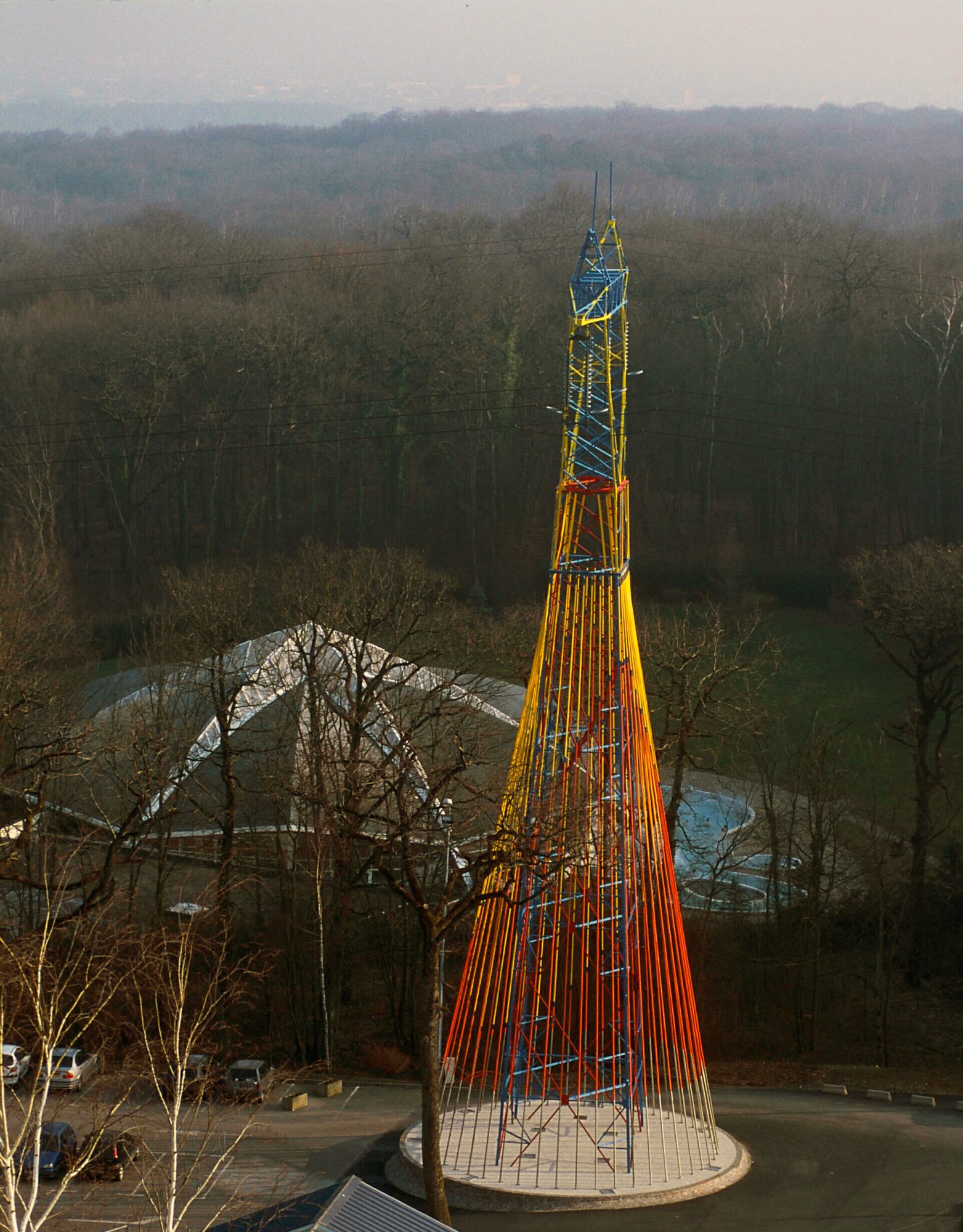 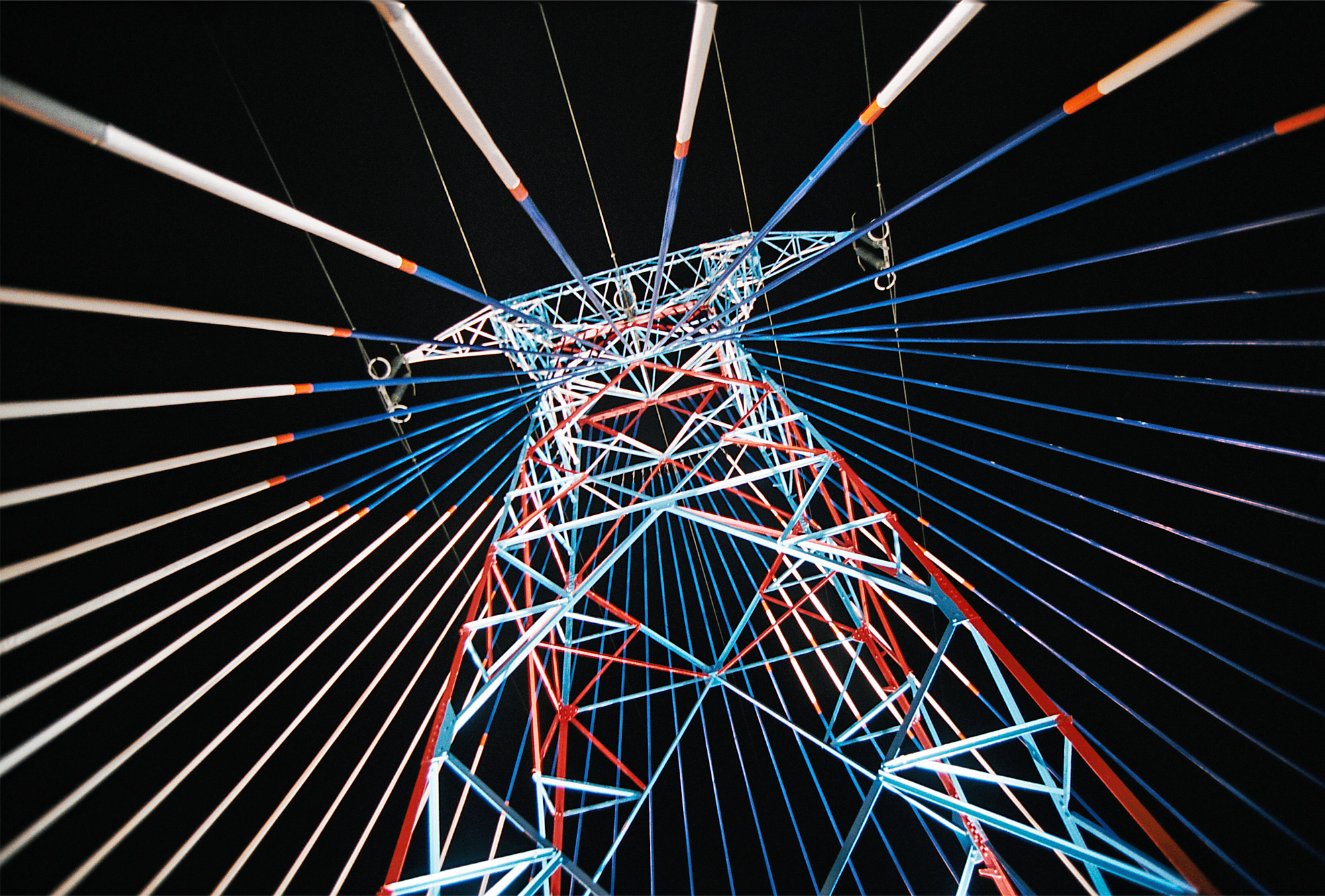 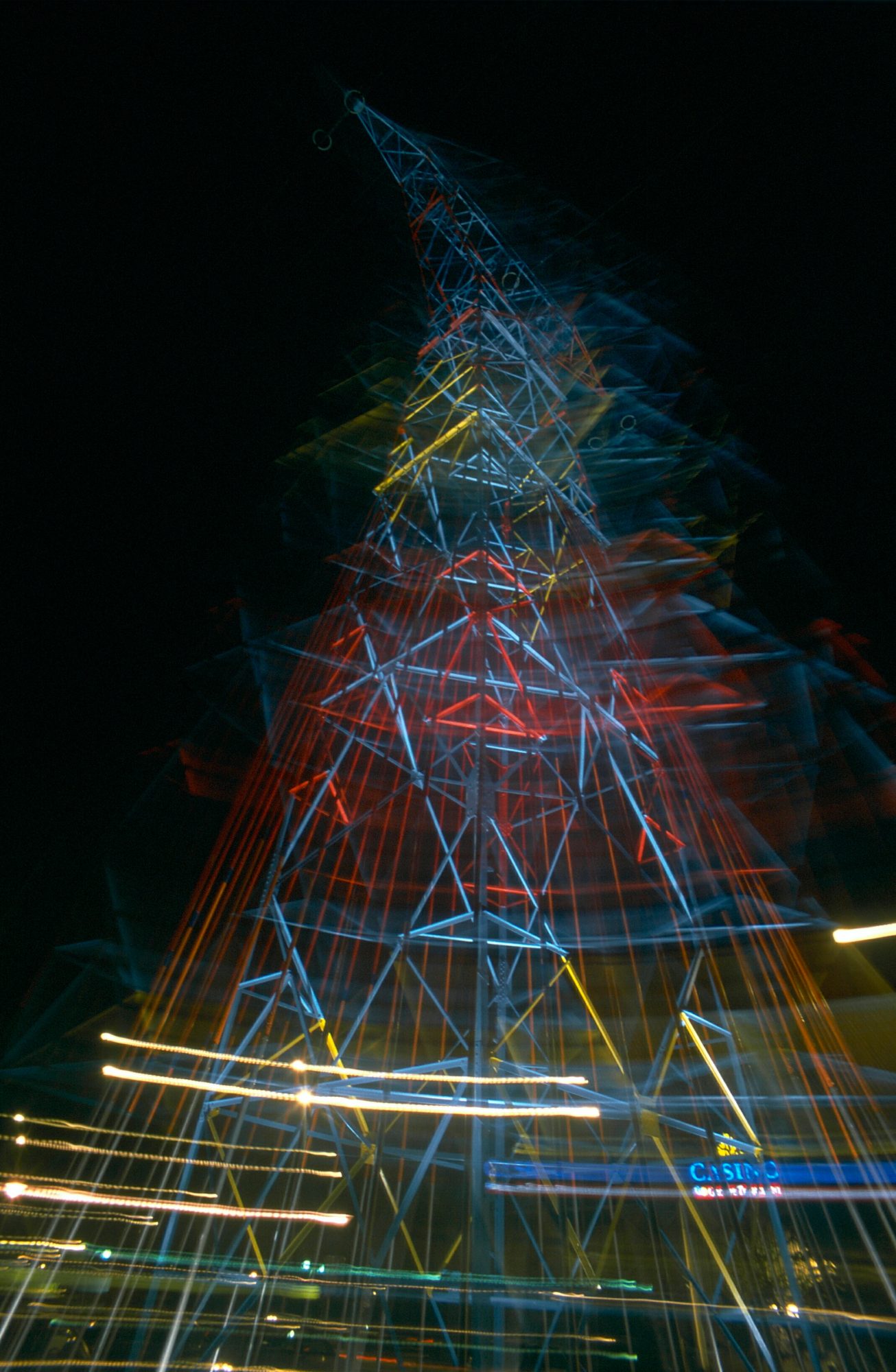 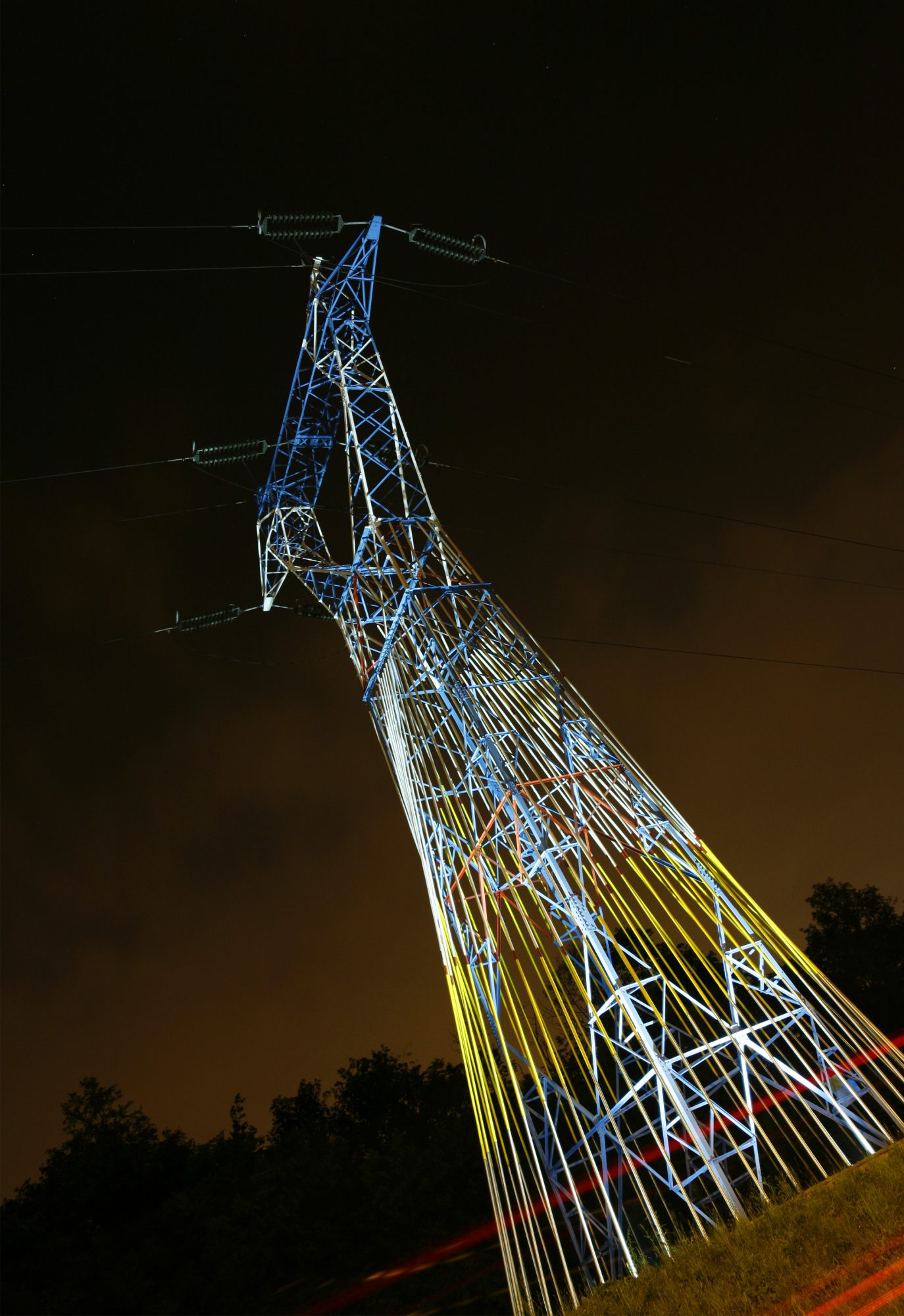 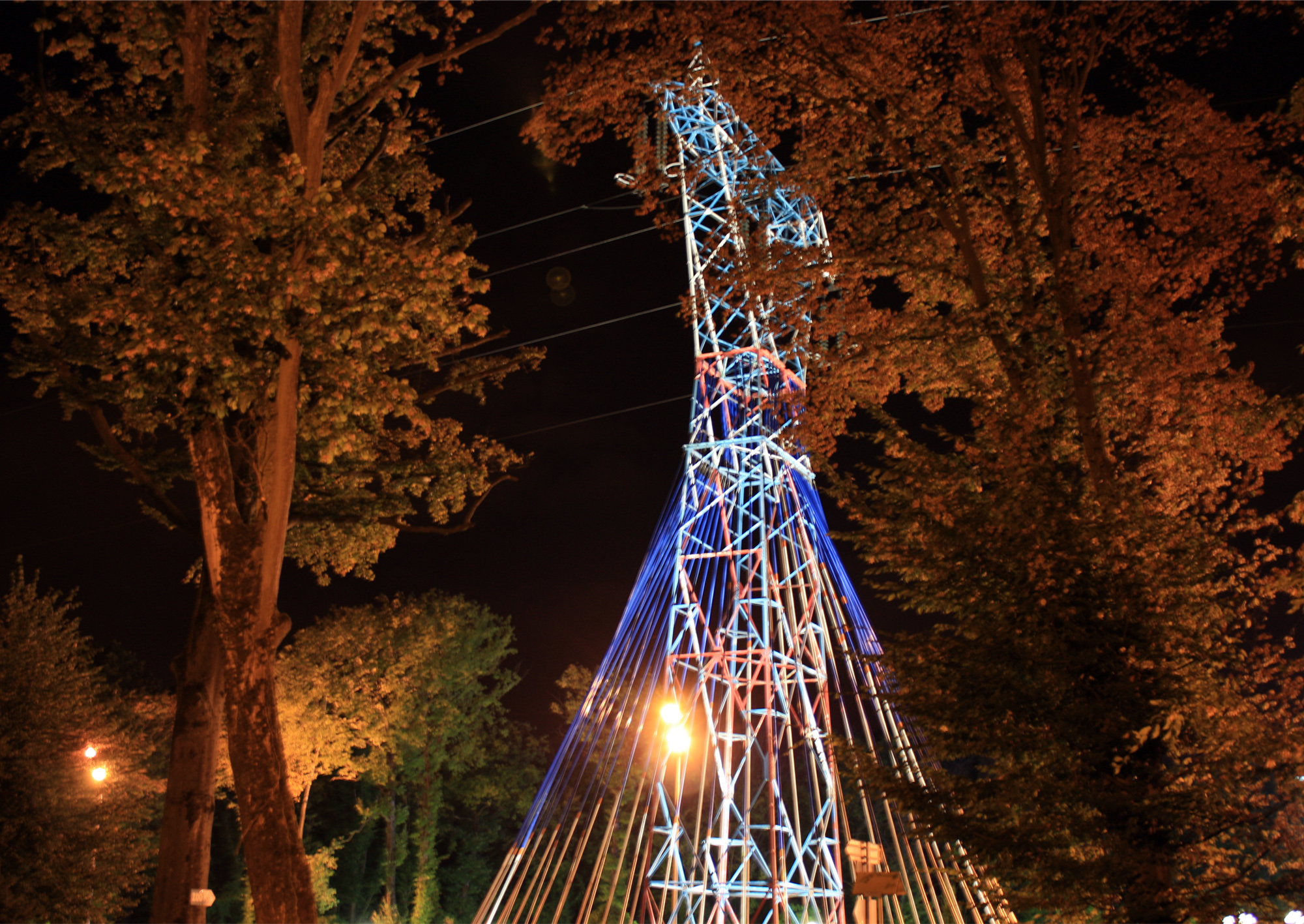 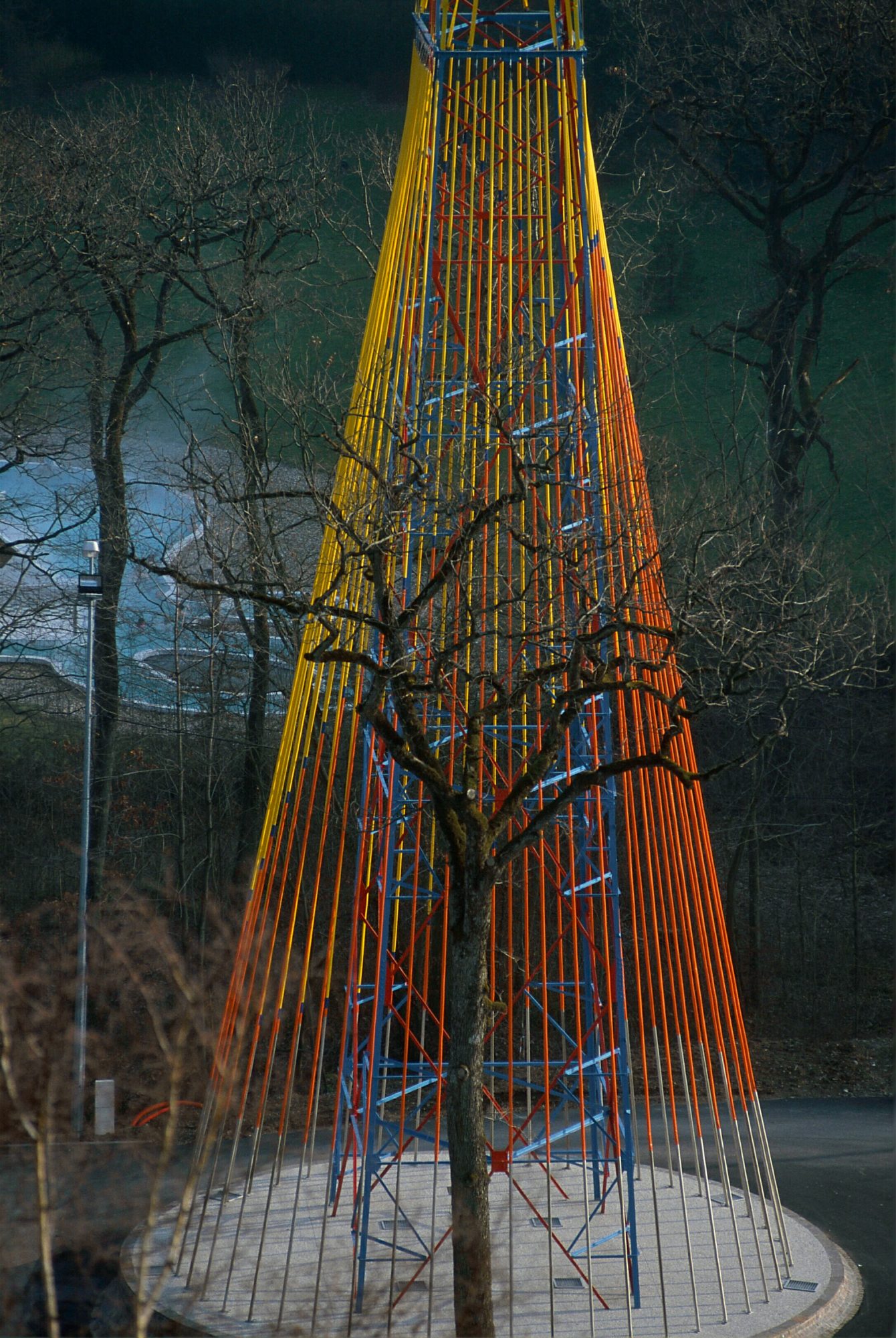 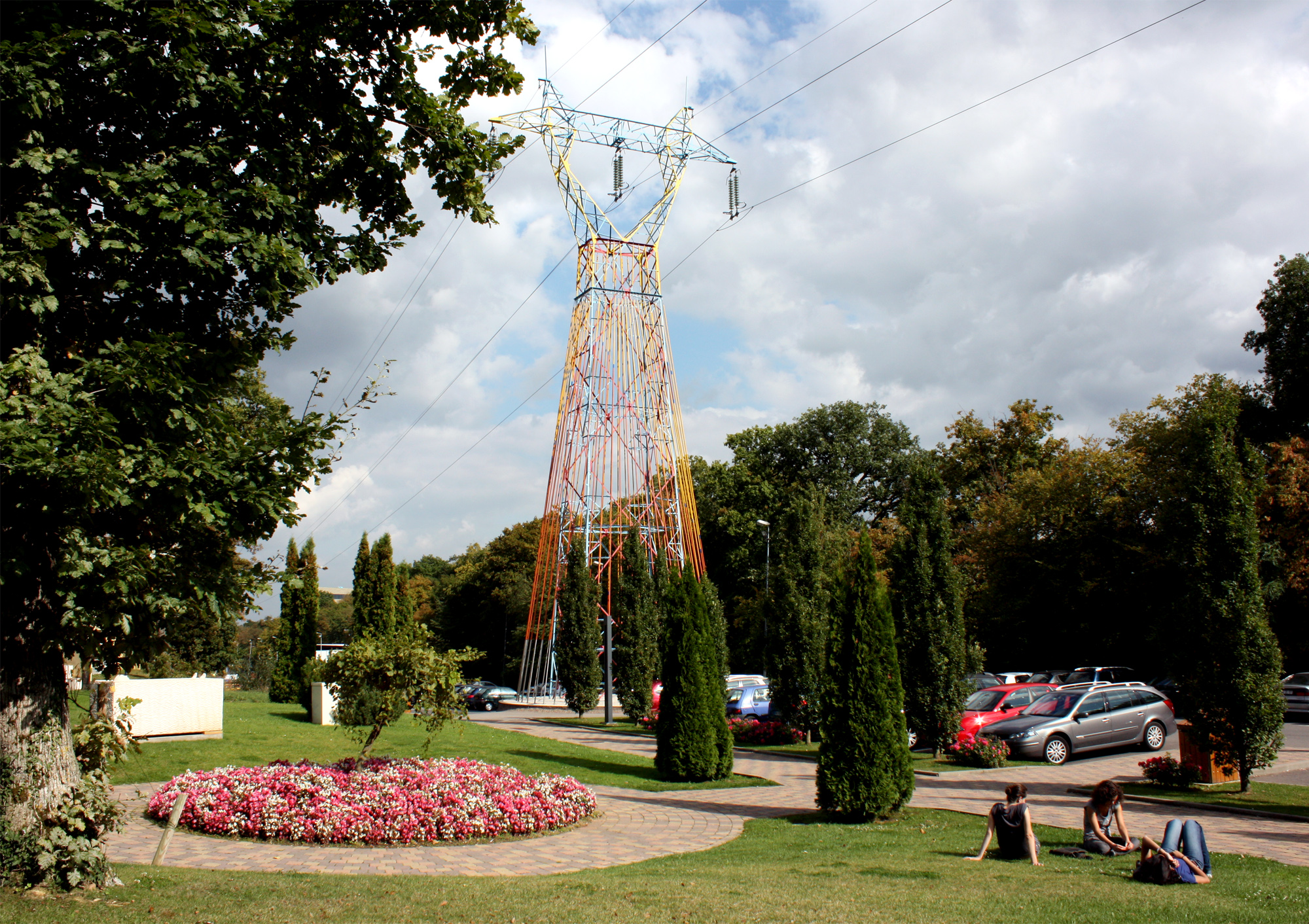 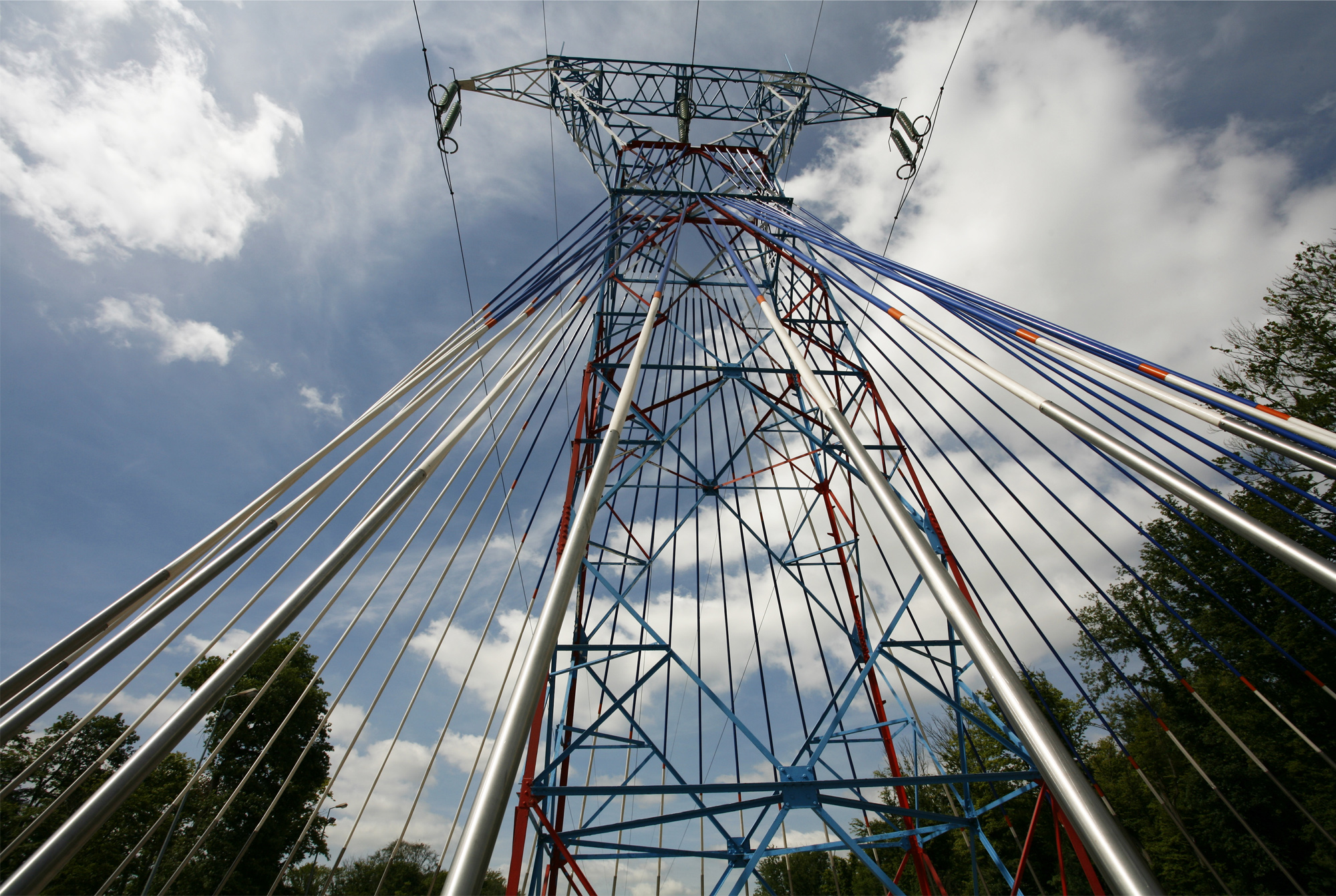 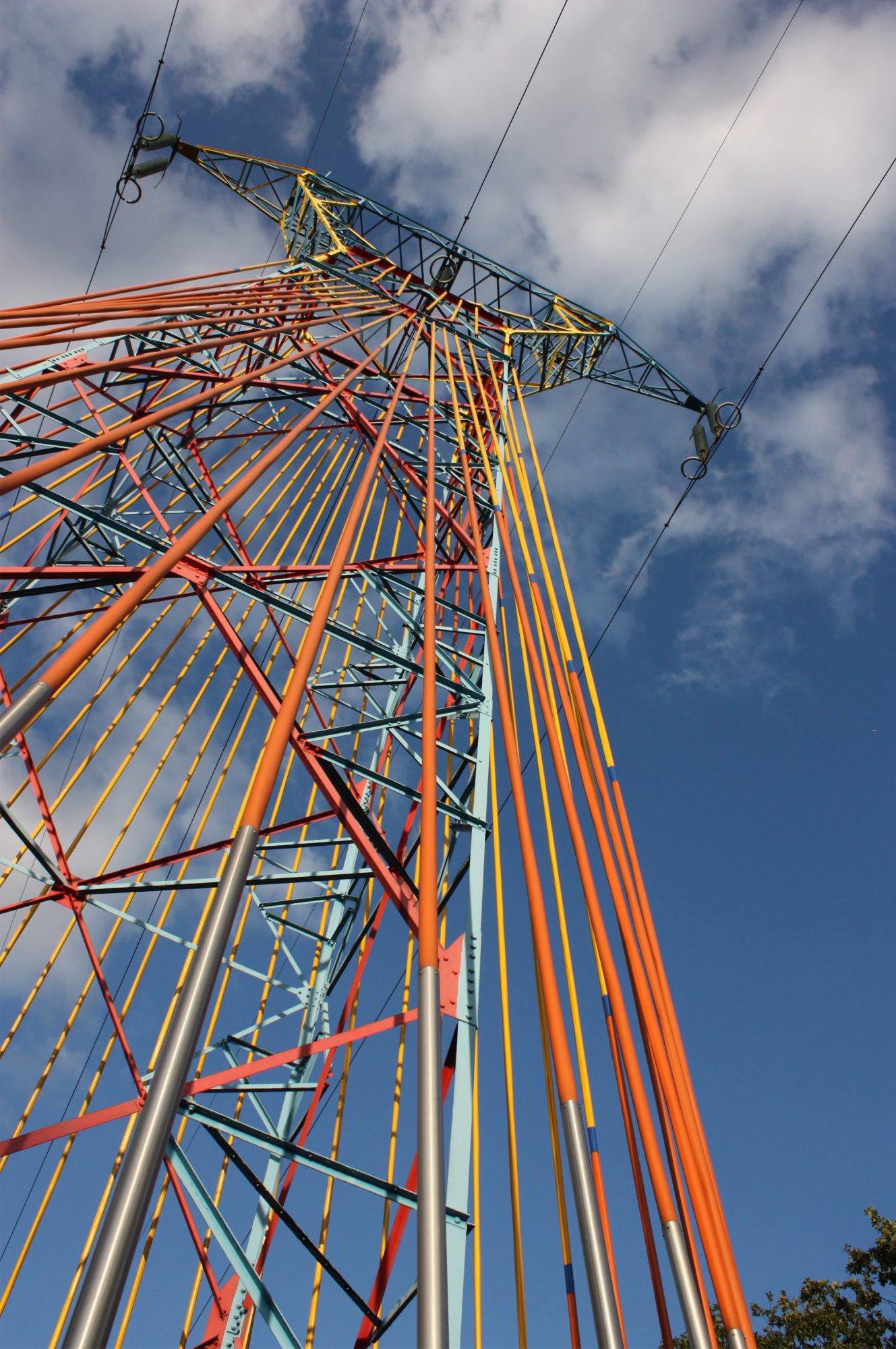 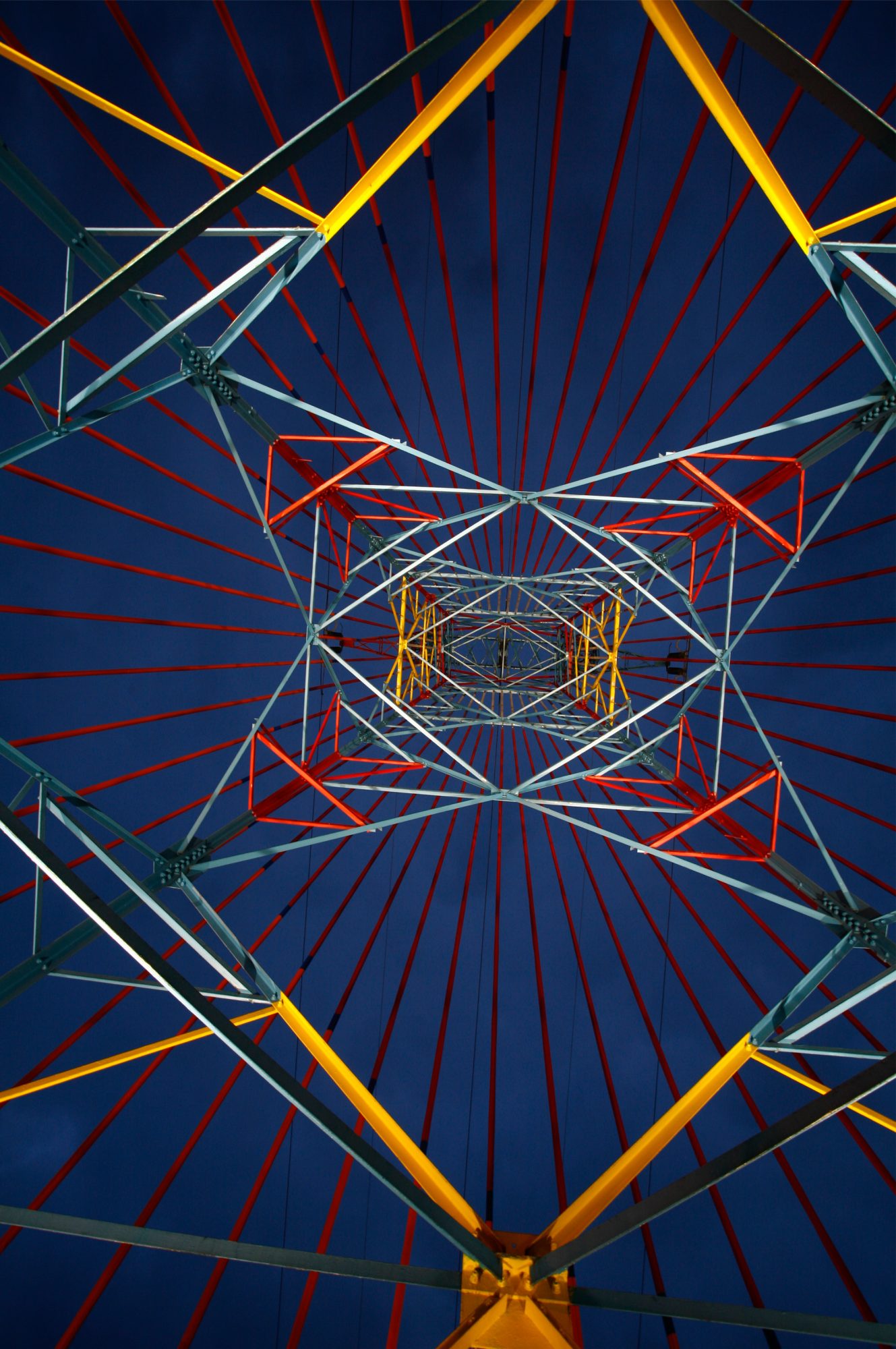 Four overhead line supports and 1.5 km of line are transformed into artworks.

At its inauguration in 1950, the 225,000 volt Amnéville-Montois line crossed a former steel mining area in Lorraine. Since, a tourist and thermal centre has been developed around.

In 2003, a convention was signed between RTE and the City of Amnéville-les-Thermes for the implementation of an artistic approach of the old line. Rather than burying the line and removing the pylons, the choice was made to highlight the high voltage line and four of its pylons.

The genesis of the project

Source is the result of the meeting of two mind-sets:

The reflection resulted in the painted towers and the establishment of colourful stays from mid-height of each tower down to the ground. Emphasized by lighting from the ground – which boosts the installation and gives movement to the artwork – , these four pylons simulate figures dressed in a monumental gown.

I chose the name of the artwork – Source – based on the nature of the thermal activities of the site.

Source has been acknowledged by a lot of authorities and institutions:

“It happened something similar to the case of Eiffel Tower, whose main original goal was to convey radio signals, and today a lot of other wireless signals: a technical project has become an aesthetic and cultural symbol of the new technological era and of the city of Paris. The four overhead line pylons at Amnéville are a great artistic metamorphosis. They became symbol of the health of the city, and more than that, the greatest monument to our technological achievements of the past century, and an example of historic solution, unique in the urban environment of power system structures. Energy supply and transfer systems over long distances are a source of inspiration and artistic imagination for Elena Paroucheva using the latest technology and materials to create her artworks. It is not surprising that through her innovative sculptures, Elena Paroucheva is combining history of art and electricity.”